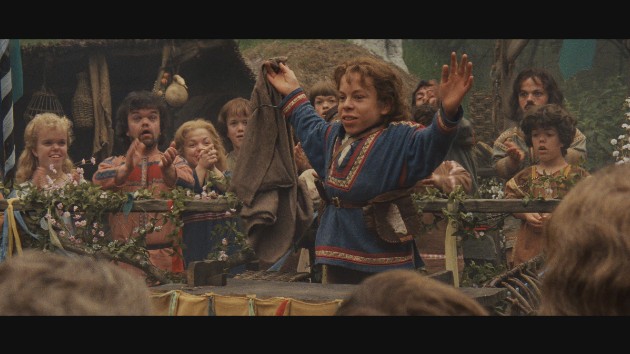 The Oscar-nominated movie, based on a story from Star Wars creator George Lucas, starred Warwick Davis as Willow Ufgood, a farmer who sets out on a mission to protect a prophecy-fulfilling baby from an evil queen.

“Growing up in the ’80s, Willow has had a profound effect on me,” Chu said in a press release. “The story of the bravest heroes in the least likely places allowed me, an Asian-American kid growing up in a Chinese restaurant looking to go to Hollywood, to believe in the power of our own will, determination and of course, inner magic.”

Chu, who directed Lin-Manuel Miranda’s In the Heights, added that getting to work with the likes of Kathleen Kennedy, president of Lucasfilm, and Howard is “bigger than a dream come true” and called it a “bucket-list moment.”

“[Showrunners] Jon Kasdan and Wendy Mericle have added such groundbreaking new characters and delightful surprises to this timeless story that I can’t wait for the world to come along on this epic journey with us,” Chu concluded.

Howard clarified that this series “isn’t a nostalgic throwback, it’s a creative lean-forward” while Kennedy added that it will take what fans know and love about the original film “into new and exciting directions.”