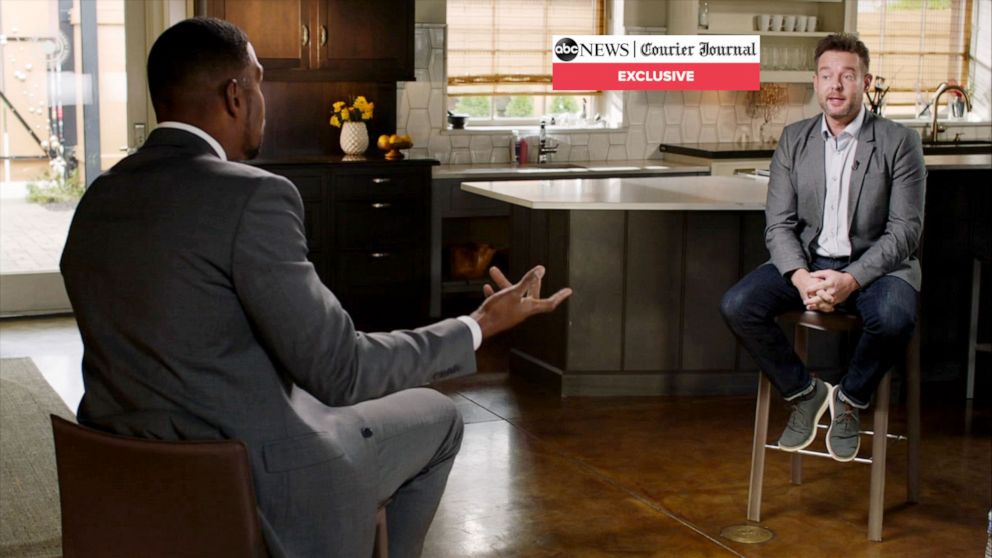 (LOUISVILLE, Ky.) — For the first time, the police officer injured in Breonna Taylor’s shooting death is speaking out — Jonathan Mattingly sat down for an exclusive interview with ABC News and The Louisville Courier Journal Tuesday.

Mattingly told “Good Morning America” co-anchor Michael Strahan that he felt “mostly frustration” as he watched months of protests across the country in reaction to Taylor’s death.

“There was so much misinformation out, all these false narratives,” said Mattingly, who fired his weapon six times the night Taylor, a 26-year-old certified emergency medical technician, died in March.

Mattingly says Taylor’s boyfriend, 27-year-old Kenneth Walker, shot him in the leg when police barged into the apartment. An FBI ballistics report confirmed Mattingly was shot by Walker.

Walker, a licensed gun owner, told investigators he fired because he didn’t know who entered the residence. Walker initially was charged with attempted murder of a police officer following the incident, but those charges have since been dropped.

The officers fired 32 bullets into her apartment, according to a ballistics report from the Kentucky State Police in September. An FBI ballistics analysis later determined the fatal shot that hit Taylor came from Cosgrove’s .40-caliber weapon.

Walker fired the first shot. While police say that they did announce themselves, Walker has since filed a civil lawsuit against the Louisville Police Department, claiming the officers never announced themselves before they forced open Taylor’s door.

In September, a Jefferson County grand jury didn’t indict Mattingly, Cosgrove or Hankison in the death of Taylor.

Hankison was indicted on three felony counts of wanton endangerment, for firing shots into Taylor’s apartment that hit a neighbor’s wall. He has pleaded not guilty to the these charges.

Kentucky State Attorney General Daniel Cameron stated that Cosgrove and Mattingly were justified in their use of force.

Earlier Tuesday, a judge ruled that all 12 jurors can now speak publicly about the grand jury proceedings. One of those jurors released a statement saying they were only presented with the three wanton endangerment charges against Hankinson and they did not have homicide offenses explained to them.