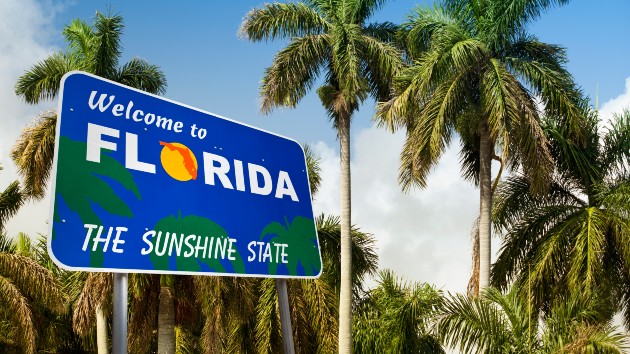 The experts voiced concern that the barrage of misleading messages about presidential candidate Joe Biden and the coronavirus, often containing right-wing conspiracy theories, could swing the state vote.

Advocates pointed to Republicans and President Donald Trump as some of the sources of disinformation flooding Latinos’ social media feeds, but the full picture regarding the origins of the information was not immediately clear.

“We have seen Biden being compared with Fidel Castro or Maduro and that is why right now, as an organization we’re focusing on promoting the best reliable information and making sure that nobody trusts the information that Trump and his allies are promoting,” said Hector Sanchez, executive director of Mi Familia Vota, a non-profit organization working to increase civic engagement in Hispanic communities.

Sanchez told ABC News that in communities where Spanish is the dominant language, Latino voters are particularly vulnerable to many challenges related to misinformation and disinformation.

“The language barrier coupled with the mistrust in government, makes Latinos vulnerable to all types of misinformation,” added Sanchez.

“Our community is digesting misinformation at an alarming rate,” said Eduardo Gamarra, a professor of politics and international relations at Florida International University in Miami. “There’s a significant amount of activity of broad conspiracy theories that have all the worst of American politics … and they have filtered into Latino households.”

In the critical swing state, Latinos account for 17% of the state’s registered voters, according to a Pew Research Center analysis of Florida state government data. That number includes more than 350,000 additional Latinos who are registered to vote in the state this election compared with 2016, totaling 2.4 million Latino voters.

In Florida, voters are required to show an identification document that has a photo on it, such as a driver’s license, military ID, or tribal ID.

“The road to the White House is through the Latino vote,” said Domingo Garcia, the national president for LULAC, the nation’s oldest and largest Latino civil rights organization. “For the first time in American history Latinos will be the largest minority of voting in the 2020 elections and their vote will be crucial.”

“That’s why we have seen both candidates campaign a lot in states like Arizona and Florida,” added Garcia, referring to swing states with large Latino communities.

According to a study conducted by Pew Research, a record 32 million Latinos are projected to be eligible to vote this election. In 2016, about 12.65 million Latinos went to the polls.

In Florida, more than half of Cuban voters backed Trump in 2016, according to Pew Research. And according to Florida International University’s 2018 Cuba Poll, 54% of Cubans in South Florida were registered as Republicans in 2018.

The majority of Cubans in the U.S. have long identified with or leaned toward the Republican Party, even as Hispanics overall have leaned Democrat, though that has changed in recent years, and depends to some extent on geography. New Jersey Sen. Bob Menendez, for example, is a Cuban American Democrat.

Turnout among Cuban Americans has consistently been one of the highest among Latino eligible voter groups.

In a letter sent to the FBI on Oct. 8, Rep. Debbie Mucarsel-Powell, D-Fla., and Rep. Joaquin Castro, D-Tex., urged the agency to conduct an investigation into the origins of what he called “disinformation campaigns” targeting Latino voters in South Florida. The letter was a follow-up from their original request in late September.

“Latinos in South Florida have already started to vote by mail, early voting is set to begin, and 26 days remain until Latinos across the country cast their ballots on Election Day,” the letter stated. “The threat of disinformation, however, both on social media and its permeation to traditional media outlets, remains a worrying factor.”

In the letter sent in September, the representatives noted that the disinformation targeting Latinos often contains “far-right conspiracy theories relating to ‘QAnon’ or other fringe ideologies designed to manipulate Latino voters.”

Outlandish and false conspiracy theories like the suggestion Joe Biden is like the late Cuban leader Fidel Castro, that the coronavirus is a hoax and that the Black Lives Matter movement involves witchcraft, have made their way into Facebook feeds and WhatsApp messaging chains.

Mucarsel-Powell told ABC News last week she believes the Department of Justice is not taking needed steps to prevent misinformation from spreading.

“One of my biggest concerns is the attempt to intimidate or cause confusion among Latino voters, which I see as a form of voter suppression designed to keep our community from going to the polls, spread lies about candidates and their policies, sowing fear or promoting fringe conspiracies, or designed to question the election results,” Mucarsel-Powell said.

Twitter has also enacted several changes to make it harder to spread election misinformation on its platform. Some of the changes include prompting people not to retweet without adding their own commentary, adding warning labels to hide misleading tweets from some accounts, and adding more context to its Trending section.

Stephen Nuno-Perez, communications director for Latino Decision, an organization focused on Latino political opinion research, told ABC News that in a state like Florida where Republicans have “essentially been in power since 1999, they are able to control all the narratives.”

“It’s very convenient to promote similarities in what has happened in South American countries and point to antifa and the protests we have seen and say, ‘The same thing is happening here,"” said Perez. “It’s a tempting narrative to consume and the impact this has is very concerning.”

Inroads with Cubans and others

Alex Penelas, the former mayor of Miami-Dade County, told ABC News that Republicans are “trying to make significant inroads among Cubans and the non-Cuban Hispanic vote” and spreading misinformation to do so.

“So you see a lot of this misinformation about socialism and defunding the police, stoking the fears of people on issues that are important to them because a lot of these folks left their homeland for those very reasons,” said Penelas. “My own WhatsApp page and my Facebook feed are just replete with all of these conspiracy stories.”

In a digital forum on misinformation on Thursday, Mucarsel-Powell said that misinformation campaigns that “could not be further from the truth” compared Democrats to socialists to target Venezuelans who fear a Nicolas Maduro-like regime.

The number of Venezuelan eligible voters in Florida grew by 184% from 2008 to 2018 — the fastest growth of any Latino origin group — though they still only account for 2% of all Hispanic eligible voters in the state, according to a study conducted by Pew Research.

Nuno-Perez, the communications director for Latino Decision, said he believes Trump is the biggest driver of misinformation targeting Hispanic Americans, who are disproportionately affected by the pandemic.

“He has been promoting misinformation on everything related to elections from voting by mail to postponing the election,” Sanchez of Mi Familia Vota told ABC News.

“Democrats are to blame for any confusion voters are experiencing after the Democrat Party spent months sowing chaos and confusion by attempting to fundamentally change the way America votes,” said Zager. “Anyone who is worried about voter suppression resulting from disinformation should extend that concern to why Biden spent months scaring his voters into believing it wasn’t safe to vote in person only to change his tune when his mail-in voting numbers weren’t adding up.”

On Thursday, in a town hall hosted by NBC News, Trump refused to denounce QAnon, saying he “knows nothing about it.” When pressed on a recent retweet of a conspiracy theory about Biden and the death of Osama bin Laden, the president shrugged it off.

Misinformation trickles into the mainstream

Sanchez pointed out that misinformation has not only been spreading through social media and WhatsApp group chats, but has also infiltrated traditional media outlets.

“We are deeply sorry that inflammatory, racist and anti-Semitic commentary reached our el Nuevo Herald subscribers through Libre, a Spanish-language publication that paid our company to have the product printed and inserted into our print edition as a weekly supplement,” said Aminda Marqués González, the executive editor and publisher of The Miami Herald and El Nuevo Herald, and Nancy San Martín, El Nuevo Herald’s managing editor, in a letter to readers.

In the letter to the FBI, Mucarsel-Powell said that in late August, Miami-based Radio Caracol, one of Colombia’s main radio networks, aired a half-hour segment of paid programming from a local businessman that claimed that if Biden won the election, the U.S. would fall into a dictatorship.

“These conspiracy theorists have moved from the dark spaces of the web, to primary social media platforms, and more traditional media,” said Rep. Debbie Wasserman Schultz, D-Fla., in a digital forum on Thursday. “And these disinformation campaigns foster chaos, and they risk undermining our sense of community and ultimately, our democratic institutions.”

As Election Day nears, for advocacy organizations like The League of United Latin American Citizens and Mi Familia Vota, reaching out to voters and putting pressure on social media networks to delete disinformation is the only way to correct the misinformation that has infiltrated the Latino community.