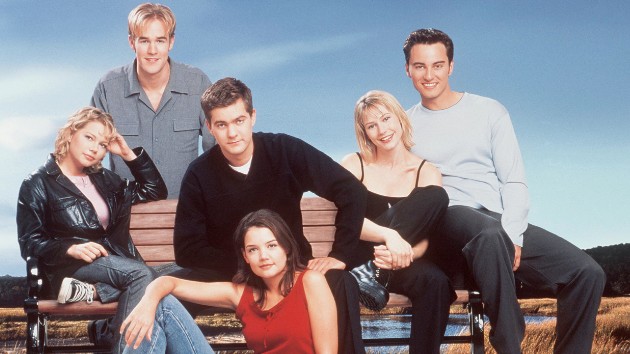 (LOS ANGELES) — The beloved teen drama Dawson’s Creek is all set to make its Netflix debut in November, but not with its familiar theme song.

“Dawson’s Creek — one of television’s most beloved coming-of-age stories — is coming to Netflix in The US on November 1,” Netflix announced in a tweet on Monday, adding, “and before you ask, the episodes won’t have the original theme song (sorry).”

Paula Cole’s hit “I Don’t Want to Wait,” served as the show’s theme song for its entire six season run, but replaced the home video and streaming release with Canadian musician Jann Arden’s “Run Like Mad” due to rights issues.

As Dawson’s executive producer, Paul Stupin, told the Huffington Post around the time of the show’s streaming debut in 2012, it was done as cost-saving measure

When Sony Pictures Home Entertainment released the first two seasons of Dawson’s Creek on DVD in 2003, it paid Paula Cole a fee for the song.  However, Stupin explained that Sony, disappointed with the sales from those first two seasons, cut the DVD budget for the remaining four seasons. Securing additional licenses for recorded music was among the first things to go

Cole, in a separate Huffpost essay, wrote, “Everyone keeps asking me, ‘Why won’t you let them have the song?’ Of course I would consider it! I’m right here! Come talk to me, Sony. Let’s negotiate! I’m an independent artist open for business! But I won’t give my music for free and I don’t think any artist should give their music for free unless it’s helping out another independent artist — and then you renegotiate once the project is successful.”

Added Cole, “I think giving one’s art for free to giant corporations hurts artists and musicians and society across the board.”