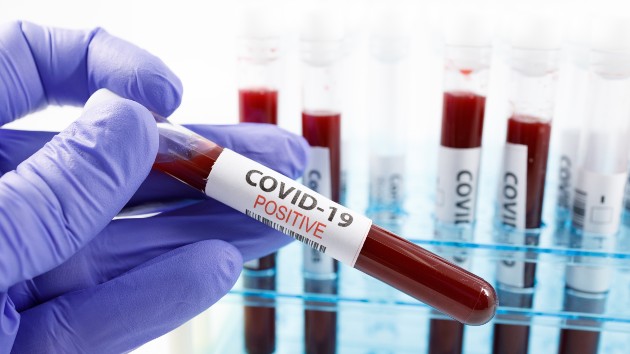 Over 40.4 million people across the globe have been diagnosed with COVID-19, the disease caused by the new respiratory virus, according to data compiled by the Center for Systems Science and Engineering at Johns Hopkins University. The criteria for diagnosis — through clinical means or a lab test — has varied from country to country. Still, the actual numbers are believed to be much higher due to testing shortages, many unreported cases and suspicions that some national governments are hiding or downplaying the scope of their outbreaks.

The United States is the worst-affected country, with more than 8.2 million diagnosed cases and at least 220,133 deaths.

California has the most cases of any U.S. state, with more than 879,000 people diagnosed, according to Johns Hopkins data. California is followed by Texas and Florida, with over 856,000 cases and over 756,000 cases, respectively.

Here’s how the news is developing Tuesday. All times Eastern.

A COVID-19 outbreak at a privately-owned nursing home in northwestern Kansas has killed at least 10 residents, officials said.

All 62 residents at the Andbe Home in Norton, a four-hour drive from Wichita, have tested positive for COVID-19. Ten have since died, one remains hospitalized and the other 51 are being cared for at the nursing home, according to a press release from the Norton County Health Department.

Some staff members have also tested positive for COVID-19 and the remaining staff are being tested. The Norton County Health Department said it has been working with the Andbe Home, Norton County Hospital and the Kansas Department of Health and Environment regarding the outbreak.

“Steps are being taken to prevent any further outbreak including quarantining residents in their room and not allowing outside visitors into the facility,” the agency said in Monday’s press release. “Family members of the residents have been notified.”

Northwestern Kansas has been hit hard by the coronavirus pandemic in recent weeks, and Norton County had the greatest number of new cases per 100,000 residents of any county in the United States for the two weeks ending Sunday, according to data collected by Johns Hopkins University.

Cases in Norton County, which is home to some 5,400 residents, increased from 46 two weeks ago to 340 as of Monday, according to data from the Kansas Department of Health and Environment.

An ABC News analysis of COVID-19 trends across all 50 U.S. states as well as Washington, D.C. and Puerto Rico found there were increases in hospitalizations over the past two weeks in 41 states.

Over the last five weeks, cases have been steadily increasing across the nation. The United States is currently averaging over 55,000 new cases a day — the highest that average has been since Aug. 5. New cases have surged by over 61% since Sept. 12. Meanwhile, current COVID-19 hospitalizations continue to hover between 36,000 and 37,000.

In the past week alone, the country has recorded nearly 386,000 new cases, including two days where there were over 60,000 cases reported — the highest daily figures since late July.

This week, the United States is on track to top one million cases for the month of October, making it the fourth month on record to surpass the grim milestone.

There were 58,387 new cases of COVID-19 identified in the United States on Monday, according to a real-time count kept by Johns Hopkins University.

The latest daily tally is up by more than 10,000 from the previous day but remains under the country’s record set on July 16, when there were 77,255 new cases in a 24-hour-reporting period.

An additional 445 coronavirus-related fatalities were also recorded Monday, up by 56 from the previous day’s death toll and down from a peak of 2,666 new fatalities reported on April 17.

A total of 8,214,754 people in the United States have been diagnosed with COVID-19 since the pandemic began, and at least 220,133 of them have died, according to Johns Hopkins. The cases include people from all 50 U.S. states, Washington, D.C. and other U.S. territories as well as repatriated citizens.

The number of new COVID-19 cases recorded in the United States continued to increase by double digits in week-over-week comparisons, while the number of new deaths from the disease also ticked upward, according to an internal memo from the U.S. Department of Health and Human Services that was obtained by ABC News on Monday night.