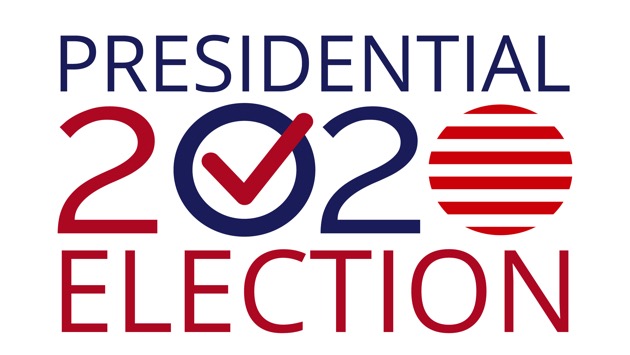 (WASHINGTON) — With 15 days to go until Election Day, and President Donald Trump and former Vice President Joe Biden racing toward Nov. 3, voters are turning out in record numbers to cast their ballots early, with lines forming across Florida Monday morning as voting kicks off in that battleground state.

Roughly 28 million Americans have already voted in the 2020 election, reflecting an extraordinary level of participation and interest despite unprecedented barriers brought on by the coronavirus pandemic.

In the final weeks of campaigning, the president remains on defense as his approval rating drags. He’s hosting rallies this week mostly in states he won in 2016 including Arizona, Pennsylvania, North Carolina and Georgia.

Biden, maintaining a nationwide lead in polls — his largest lead of the election, according to FiveThirtyEight’s average — has no public events on his schedule this week so far ahead of Thursday’s final presidential debate with Trump.

The rhetoric between candidates is expected to heat up ahead of their second and final debate on Thursday in Nashville.

All 50 states plus Washington, D.C., currently have some form of early voting underway.

Here’s how the day is unfolding. All times Eastern:

Oct 19, 11:59 am
Biden reacts to Trump taunting him over saying he will ‘listen to the scientists’

The Biden campaign is latching on to Trump’s taunt over Biden listening to scientists, with the former vice president tweeting ”…yes,” in response to one report reading “Trump: Biden will ‘listen to the scientists’ if elected.”

Trump, at a rally in Carson City, Nevada, Sunday night, mocked Biden for saying if elected he would “listen to the scientists” regarding the ongoing pandemic which has left nearly 220,000 Americans dead.

“If I listen totally to the scientists, we would right now have a country that would be in a massive depression,” said Trump, who also continued to criticize Biden’s use of circles at campaign events for social distancing. Trump also claimed Biden would create lockdown measures that would lead to the “Christmas season” being canceled.

Biden spokesperson Andrew Bates, responding to the attack in a statement Monday, turned to the economy.

“Now new coronavirus cases are surging and layoffs are rising. If Donald Trump had listened to Joe Biden when he urged him not to trust the Chinese government over his own scientific advisers about this crisis, he wouldn’t be the worst jobs president since 1929,” Bates said.

“Vice President Biden underwent PCR testing for COVID-19 today and COVID-19 was not detected,” the campaign said in a statement to reporters.

Oct 19, 10:45 am
Biden off the trail, meeting with advisers, prepping for Thursday’s debate

While Trump is slated to hold a two rallies in Arizona Monday, Biden is off the trail and prepping for their final one-on-one match up in Nashville on Thursday.

A source familiar with Biden’s schedule tells ABC News that the former vice president is meeting with advisers and doing debate prep.

The debate will start at 9 p.m. ET and run for 90 minutes without commercial interruption, the commission said.

In the crucial final two weeks of the election, the Trump campaign is being outspent by the Biden campaign on television ads $45 million to $54 million — a spending gap that is further widened as pro-Biden outside groups are spending more than three times the amount pro-Trump outside groups are on the ad war.

In Iowa, for instance, Trump had been completely off the air since July and is only now set to go back up in a state where polls currently show a more competitive race than 2016, when the president won by over nine points. Sources pointed to the president’s recent Iowa rally as a way the team hoped to make up for the lack of ad spending in the state.

The president’s team has also been pulling back spending in other states crucial to his White House win four years ago. Earlier this month, the campaign canceled more than $2 million worth of airtime in Ohio, pushing back its return to the state until the last two weeks of October after being mostly quiet since the summer. It’s now among Trump’s top markets entering the home stretch, with $5.3 million reserved for airtime from Oct. 20 through Election Day.

And in key states like Pennsylvania, Michigan and Wisconsin, the Trump campaign is being vastly outpaced by the Biden campaign. From September through Election Day, Trump has invested about $31 million in those three states, compared to Biden who has poured more than $110 million in those states during the same period.

When asked about cutting ads in crucial swing states, Trump campaign Deputy National Press Secretary Samantha Zager called TV ads “a small piece of the voter outreach puzzle” and said that “it makes no sense to run TV ads in states we know we’re going to win, and in other states, they’re a useful tool to reach the right voters with the right message.”

What is known about the omicron variant that’s arrived in the US
Suspect arrested in murder of Hollywood executive’s wife at couple’s Beverly Hills home
Steven Spielberg, ‘West Side Story’ stars taking part in IMAX Fan Event
Florida teen stabbed to death by ‘homeless drifter,’ police say
“Something to remember me by”: Scott Adkins tore Dolph Lundgren’s bicep in their ‘Castle Falls’ fight scene
Stoning in the Deep: Seth Rogen admits he got a little too high for Adele’s concert