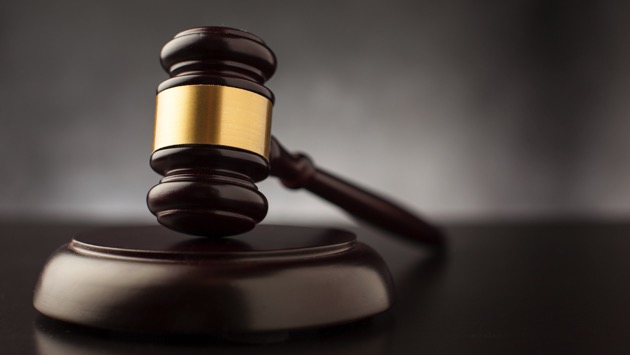 (STAMFORD, Conn.) — An attorney charged with murder conspiracy in the mysterious disappearance of Jennifer Faber Dulos, a Connecticut mother of five who vanished in 2019, was released from jail on Monday on $246,000 bond after a judge agreed to allow him to go visit his sick father.

Kent Mawhinney is the former civil attorney of Fotis Dulos, who died from an apparent suicide earlier this year after being charged with murder in his estranged wife’s disappearance. Mawhinney and Dulos’ former girlfriend, Michelle Troconis, were both subsequently arrested and charged with conspiracy to commit murder for allegedly tampering with or fabricating physical evidence and hindering prosecution in the sensational case.

Last week, a Superior Court judge in Stamford, Connecticut, granted a request from Mawhinney to reduce his bond from $2 million to $246,000 in cash and real estate and a conditional release from jail to travel to Florida to visit his sick father, according to ABC affiliate station WTNH-TV in New Haven.

Mawhinney’s 86-year-old father is battling lymphoma and prostate cancer that spread to his spine and ribs, according to a motion filed by Mawhinney’s lawyer. Manhinney’s mother and father helped secure their son’s bond by putting up a home they own in Manchester, Connecticut, as collateral, according to the motion obtained by the Stamford Advocate newspaper.

Mawhinney, whose law license was suspended after he was charged, has been held at the Cheshire Correctional Institution since his arrest in January.

He was taken to court on Monday and fitted with a GPS tracking device before being allowed out, according to the motion. Mawhinney is also required to surrender his passport and get permission to leave Connecticut. His trip to Florida to visit his ailing dad has been pre-approved by the court.

Mawhinney refused to answer questions from reporters when he walked out of the courthouse’s front door wearing a suit, tie and face mask. He was accompanied by his attorneys on Monday morning.

Mawhinney went from being Fotis Dulos’ civil attorney to his co-defendant in January when he and Troconis were allegedly implicated and charged in the suspected slaying of Jennifer Dulos. Mawhinney has pleaded not guilty to the charges.

Jennifer Dulos, 50, who lived in New Canaan, was last seen on May 24, 2019, dropping off her children at school. Her Chevrolet Suburban was later found abandoned near Waveny Park in New Canaan.

Connecticut State Police investigators said they discovered blood and other evidence, leading them to suspect that Jennifer Dulos was killed in the garage of her own New Canaan home. State police alleged in court papers that Fotis Dulos, who was a real estate developer, was “lying in wait” for Jennifer Dulos at her home and a violent assault took place in the garage, where bloodstains were found.

Investigators said they obtained video of a person they believe to be Fotis Dulos riding a bicycle near Jennifer Dulos’ home around the time she disappeared.

Authorities allege Jennifer Dulos was killed at her home on May 24 between 8:05 a.m. and 10:25 a.m — after she returned from taking her children to school, according to an arrest warrant for Fotis Dulos. Police alleged Fotis Dulos bound his estranged wife with zip ties, put her inside her own car and cleaned the garage before disposing the body, according to an arrest warrant.

At the time of her disappearance, Jennifer Dulos was involved in a bitter child custody battle with her estranged husband, alleging in court papers that he had “physically threatened, stalked or assaulted” her.

“I am afraid of my Husband,” Jennifer Dulos alleged in court documents. “I know that filing for divorce, and filing this Motion will enrage him. I know he will retaliate by trying to harm me in some way.”

In early January, Fotis Dulos was charged with capital murder, murder and kidnapping in his wife’s disappearance despite her body never being found. He was placed on house arrest after being released from jail on a $6 million bond.

Just weeks after he was charged, Fotis Dulos was found unresponsive at his Farmington, Connecticut, home after inhaling poisonous carbon monoxide. He died two days later at a hospital, allegedly leaving behind a suicide note proclaiming his innocence and that of everyone charged in connection with his estranged wife’s disappearance.

“I refuse to spend even an hour more in jail for something I had NOTHING to do with,” Flotis Dulos allegedly wrote in the suicide note obtained by ABC News. “I want it to be known that Michelle Troconis had nothing to do with Jennifer’s disappearance. And neither did Kent Mawhinney.”

Black Friday 2020: Tips on the best deals to look out for
Michael Jordan donates $2M of proceeds from “The Last Dance” to food banks
Progressives worry about lobbying, corporate ties in Biden administration
Scientists, students demand action to keep Arecibo radio telescope operating
Heavy rain in the Northeast, critical fire danger in the Southwest
Trump-Biden transition live updates: ‘We’re all in this together,’ Biden says