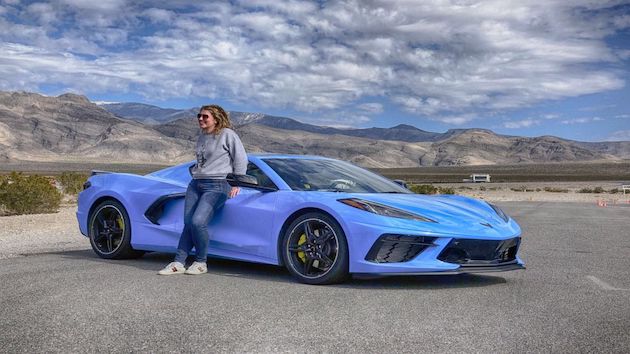 (NEW YORK) — The internal combustion engine is dead. Wait. Not so fast.

Even with the global push for electrified drivetrains and ever-smaller displacement turbocharged engines, automakers are unveiling new vehicles with naturally aspirated engines.

These engines deliver a more analog and satisfying experience to motorists.

“Many drivers prefer the feel of naturally aspirated engines because of the direct response. You always know what you’ll get,” Randy Pobst, a longtime professional race car driver and track tester, told ABC News. “Turbos are less predictable, and there is some lag.”

Naturally aspirated engines, however, can come across as antiquated technology — they produce less torque and need to be revved to higher RPMs to extract greater performance (and, in return, burn more fuel).

The fuel savings of a turbocharged engine, which can generate the same power as a larger engine by forcing more air into the cylinders, are minimal, according to Pobst, who noted that the 1962 Chevrolet Corvair Monza had the first turbocharger.

“The fuel benefit for turbos is probably 3 to 5 mpg in normal driving,” he said. “Turbos do well in government tests. Direct fuel injection [in naturally aspirated engines] does a better job of vaporizing fuel. Drivers get better mileage and power.”

“Sports car owners want naturally aspirated engines for the sound and response,” Cammisa told ABC News. “Turbos don’t have glorious intake noise and are a lazy way to get power. McLaren and Ferrari have turbochargers to keep up with the ridiculous horsepower race.”

Ferrari does offer one conveyance with a naturally aspirated engine: the 812 Superfast, a $330,000 coupe with 800 horses under the hood and a 6.5-liter V12 engine that propels the supercar from zero to 60 mph in under 3 seconds.

“Its sound is otherworldly,” Pobst said. “The 812 Superfast [is powered by] my favorite naturally aspirated engine.”

The recognizable rumbles and growls of the Chevrolet Corvette and Ford Mustang may be what enthusiasts and nonfans best associate with naturally aspirated engines.

“I will tell you the character and torque curve of a large displacement naturally aspirated V8 is thrilling to drive,” he explained. “Competitors have migrated away from them because they seem to have difficulty meeting emissions and fuel economy standards. We have continued to push the envelope in engineering advancement and are able to still offer the LT2, which meets required emissions and fuel economy requirements.”

For customers, the Mustang V8 sound “is all part of the experience,” Terzes said. “There are dedicated people who just work on the sound quality of the exhaust. Awesome, fantastic, exhilarating — the exhaust note of a naturally aspirated V8 is second to none.”

“A key development objective for LC was to create a beautiful grand touring car that evokes the same emotions when you drive it as it does when you see it,” Joel Fukumoto, Lexus product planning consultant, told ABC News. “The LC delivers the feeling of a direct connection between the accelerator pedal and the engine that’s really hard to achieve in forced-induction motors.”

Cars like the LC 500 are proof that naturally aspirated engines are still in demand, Cammisa argued.

“The acoustics of the LC 500 engine are so unbelievable it wouldn’t matter what the rest of the car drove like,” he said. “It’s an acoustic event that’s happening. Maybe chasing horsepower and zero to 60 second time isn’t the only pleasure.”

Of course, naturally aspirated engines — regardless of the visceral emotion they stir in drivers — have drawbacks.

But turbos aren’t perfect either. They put more strain and load on engines by making them work harder, Brauer pointed out.

“We’ll see how all these turbocharged engines hold up over the long term,” he said.

Italian supercar maker Lamborghini debuted its first-ever turbocharged engine in 2018 with the Urus SUV. Until that point the 57-year-old company had exclusively sold naturally aspirated V10 and V12 engines for its Aventador and Huracan models. Lamborghini’s latest entry, the Huracan EVO RWD, boasts a 5.2-liter naturally aspirated V10 engine that puts out 610 hp and 413 lb.-ft of torque.

“With a Lamborghini, our customers buy a very emotional product rather than a car that offers only mobility,” Maurizio Reggiani, chief technology officer of Automobili Lamborghini, told ABC News.

Placing a 4.0-liter V8 twin-turbo engine in the Urus, however, was a prudent and appropriate decision, he explained.

“Especially in off-road conditions, a high level of torque at low revs is necessary and can be guaranteed only by such an engine, providing optimal engine responsiveness and efficiency under all driving conditions and in any kind of terrain,” Reggiani said.

Turbos and naturally aspirated engines — though popular now — could eventually become obsolete as automakers churn out electric vehicles at breakneck speed. The overnight success of Tesla and stringent emission standards have signaled that big, powerful gasoline engines may have peaked.

“We’re heading to a world where there won’t be any ICE engines at all,” Cammisa said. “The experience of an engine will become more and more important.”