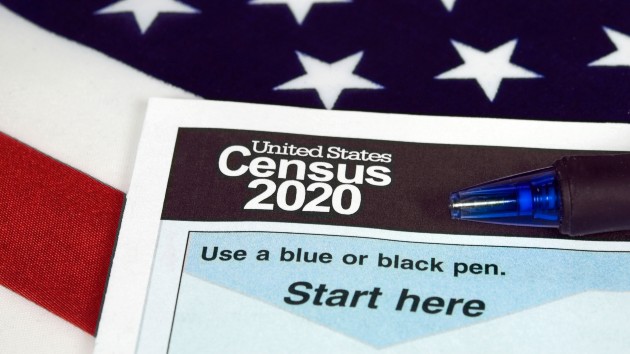 (WASHINGTON) — Thursday is the last day to be counted in the 2020 Census, the agency announced earlier this week after a long back and forth about when data collection would end.

The 2020 Census is still accepting responses online at 2020Census.gov, by phone, or by mail — as long as it’s postmarked by Oct. 15. There are options to respond online and over the phone in 13 different languages.

The stakes are high to get the most complete and accurate Census count possible. Census data is used to divide seats in Congress among the states and allocate roughly $1.5 trillion in federal spending for the next 10 years.

The Census Bureau said that 99.9% of households have been counted but experts have raised concerns that this year’s count won’t be accurate, especially in communities that are harder to reach due to the COVID-19 pandemic or hurricanes in the Gulf Coast.

The Census had to pause operations due to the pandemic, losing weeks of time in the field and forcing parts of the original plan to be cut out in order to keep up with the shorter deadline. That means Census counters in the field were more likely to rely on information from neighbors or other ways of filling in the gaps for the more than 30% of households in the country that didn’t respond.

Multiple groups brought legal cases to try to force the Trump administration to continue Census operations after they originally planned to stop counting on Sept. 30, earlier than originally planned, in part, because Congress did not pass a bill to extend the Dec. 31 deadline.

A federal judge in California ordered the Census Bureau to continue its work until the end of the month to try to count everyone but the Supreme Court overturned that decision and said the agency can end the counting portion and move on to analyzing the data to try to meet that deadline.

There are pending lawsuits aiming to block a separate directive from President Donald Trump telling the Commerce Department to determine the number of undocumented immigrants in the country and exclude them from decisions about Congressional representation. A federal judge has so far blocked that order but the Supreme Court could still decide to take up the case.

Critics of the administration say the Supreme Court decision allowing the Census count to end this week will result in a rushed count that will likely be inaccurate.

“It’s short-sighted and ignores piles of evidence … that they’re not able to reach the people they need to reach,” said William Frey, a research professor with the Population Studies Center at the University of Michigan and senior fellow at The Brookings Institution.

He said the Commerce Department could have tried to work with Congress to adjust the Dec. 31 deadline, citing the pandemic. Instead, he noted, they fought to keep the compressed timeline in court.

“They’re doing whatever they can to follow the president’s orders even if that means undercounting some populations,” he said.

The day before the deadline the FBI warned malicious actors were taking advantage of the potential rush to submit information. In a bulletin, the agency warned of at least 63 illegitimate websites claiming affiliation with the Census such as “Censusburea[.]com” or “census-gov[.]us.” Law enforcement officials warned these websites will use submitted information for malicious purposes and poses a risk to the Census and the public.

The Census Bureau website is Census.gov and responses to the Census can be submitted at 2020Census.gov.