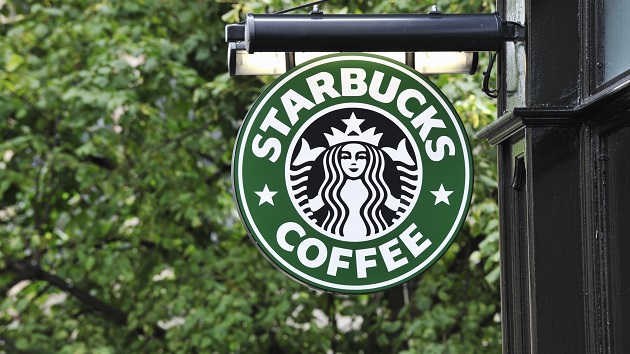 (SEATTLE) — Starbucks announced a bold new measure to achieve its diversity goals, saying it would directly connect the building of inclusive and diverse teams to the pay of its executives.

“We will hold ourselves accountable at the highest levels of the organization, connecting the building of inclusive and diverse teams to our executive compensation program, effective immediately,” CEO Kevin Johnson said in a letter to employees Wednesday.

Johnson added that senior leaders at the vice president level and up will also be required to complete new anti-bias training, and said they were establishing an Inclusion and Diversity Executive Council to provide internal governance on these matters within the company.

The coffee chain found itself embroiled in controversy in 2018 when two black men were handcuffed and paraded out the door of a Philadelphia Starbucks after a staffer called the police when the men, who said they were waiting for a friend to arrive, refused to leave. The incident prompted Starbucks to shutter all of its 8,000 company-owned stores for a day of anti-bias training.

In addition to tying diversity goals to executive compensation, Starbucks also announced a series of other steps to prioritize diversity and inclusion at the company.

Among those are launching a mentorship program that connects Black, Indigenous and people of color (BIPOC) employees to senior leaders and publicly disclosing data that reflects the diversity of the workforce.

Moreover, the company said it had the goal of achieving at least 30% BIPOC representation at all corporate levels and at least 40% representation in all retail and manufacturing roles by 2025.

Finally, Johnson said the Starbucks Foundation will provide $1.5 million in grants to community-based nonprofits that focus on “local impact.”

“These grants aim to uplift organizations led by and that serve Black communities and will support nearly 400 local nonprofit organizations across the country,” he said.

As protests over the police killing of George Floyd this summer put renewed pressure on the private sector to tackle issues of systemic racism head-on, Starbucks is among a growing number of companies that are re-prioritizing diversity and inclusion at work.

Experts have said that tying diversity goals to compensation has shown to be an effective way to get leaders to follow through.

Moreover, many studies have also shown that diversity is ultimately good for business. A 2020 McKinsey report found that firms with ethnic diversity at the executive level were more likely to financially outperform those without.

As concerns over omicron variant grow, experts say don’t wait to get a booster
COVID-19 live updates: Greece to mandate vaccines for people 60 and older
How’d you like to stay in the Grinch’s cave for the holidays?
Michael J. Fox on retiring from acting, embracing optimism, and re-discovering what people love about ‘Back to the Future’
El Chapo’s wife sentenced to 3 years in prison
New Zealand Green MP cycles to hospital in labor, gives birth hour later