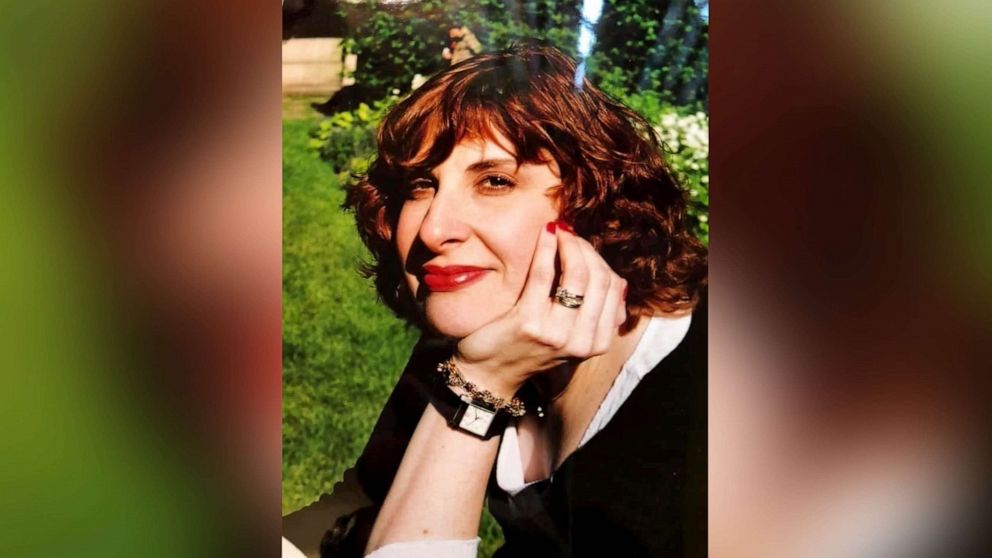 Courtesy of Jeff Oliver
Posted on October 15, 2020 by ABC News

(CHICAGO) — “Stop worrying about your weight, go live, be, do. Smile, people don’t get to feel them enough. Enjoy the moment, it might not come again. If you want to do it, give something a try, try it, taste it, go there. Take it from me, I’m dead. Eat the danish, go to the show, laugh out loud. Love one another and you’ll never know what you’ll find.”

Those are the inspiring life lessons left behind by Stacy Lois Oliver, who wrote her own obituary before passing away on Oct. 4, 2020, at the age of 52.

Oliver, a lifelong Chicagoan, was diagnosed two years ago with multiple system atrophy – cerebellar type, a progressive neurodegenerative disorder that would ultimately leave her without the ability to walk or talk or write, according to her husband of nearly 21 years, Jeff Oliver.

When Stacy Oliver received the diagnosis and was told by doctors there was no cure and that her condition would quickly worsen, one of the first things she did was write her obituary.

“She knew the disease was going to start taking more and more of her away,” said Jeff Oliver. “While she had it, she decided to get her thoughts out quickly.”

Stacy Oliver had a journalism degree and worked at Northwestern University for 21 years, where she did some event planning.

Using those two skills, she planned out the rest of her life, according to her husband.

“She had a folder for me, she said, ‘Here it is. Here is what I want,"” Jeff Oliver recalled. “She had it all done within days.”

Jeff Oliver said he can hear his wife’s voice and feel her exuberance for life when he reads her obituary.

“She was the kind of person where you thought she has the energy of three people, almost like a kid, but focused,” Jeff Oliver added. “Her mom raised her to have a lot of confidence in herself, not cockiness, just confidence, and she could do that for others, when others couldn’t see it in themselves.”

In addition to her work at Northwestern, Stacy Oliver was also an actress, singer and improv comedy perform who loved to hula dance, belly dance, make jewelry, sew and bake, according to her obituary.

When she was diagnosed with another neurological condition several years earlier, Jeff Oliver, who was in his 50s at the time, went to college for the first time and got his nursing degree so he could care for her.

Even after she had lost the ability to talk, Stacy Oliver would use her computer to jokingly tell her husband that he was being fired, he recalled.

“As she started slowing down, she said the sloth was her spirit animal,” said Jeff Oliver, remembering her humor. “We got sloth everything for her.”

Jeff Oliver, who describes his wife as like rays of “sunshine warming you up,” said he’s finding comfort now that the words she left behind are inspiring others.

“Even though now is a tough time, I still see how she is affecting people and it brings me comfort,” he said. “I was lucky to be in that sunshine for that long so I’m a pretty lucky guy.”