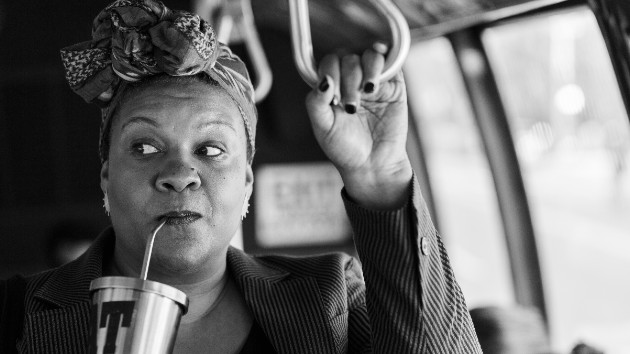 (NEW YORK) — Radha Blank is sharing an important and meaningful experience in her new Netflix film The Forty-Year-Old Version.

As the writer, producer, director and star, Blank wanted to tell her own personal journey about approaching the milestone of 40, which she says has a stigma for women.

“When you get to 40… people just assume you’ve had a breakthrough or you’ve had your moment,” Blank, 44, tells ABC Audio. “Whether it’s about your career, or relationship, or an impact as an artist.”

“And here’s a person who is approaching 40 and that thing in her mind has not happened yet,” she continues. “And so she feels pressured.”

Blank says the film, which is based on her life, definitely hit close to home “especially with the death of her mother, who was also an artist.”

“It was personal in that I had lost my mother right after my 40th birthday,” she says. “And even though 40 represents being adult, I still really needed her. I still needed her guidance. There was so much I did not know about life.”

However, the loss of Blank’s mother didn’t stop her process nor her purpose. Instead, the creative is even more motivated in pursing her goals and “[hopes] people [realize] that you don’t age out of your passion.”

“I feel like when it comes to aging, that’s not something that we feel,” she says. “It’s something that the outside world kind of puts on you. That by 40, you will have a house, you’ll have a partner, you’ll have a kid, and that you know yourself. Whereas what I’m trying to say is that self discovery can happen at any age.”

The Forty-Year-Old Version is available on Netflix.