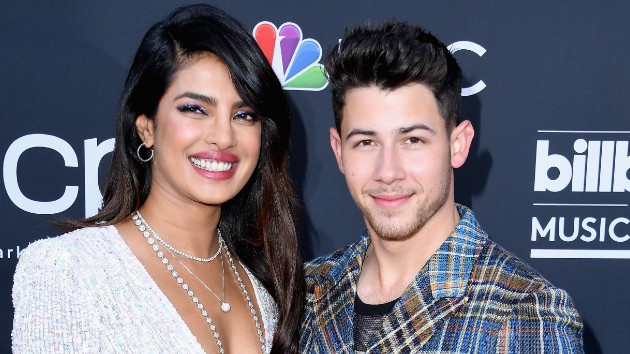 (LOS ANGELES) — Actress Priyanka Chopra is one of many people finally returning to work after COVID-19 quarantine.  As the Evil Eye actress explains, she and husband Nick Jonas had to take extra precautions to protect themselves because of their preexisting conditions.

Speaking to Entertainment Tonight, Chopra, 38, detailed the additional steps she and her husband took to ensure they didn’t contract the novel coronavirus.

Precautions included being “super careful about who we interact with and how we do it” and also minimizing their exposure outdoors.

Despite spending more time indoors and staying isolated, the Quantico alum refused to see anything but the silver lining by taking all those extra precautionary steps.

“I’ve been doing a lot of developmental stuff and producing a bunch of work,” noted Chopra. “Quarantine has been very, very productive for both me and Nick.”

Now, the Indian actress’ world is being turned upside down again because she’s physically returning to work, which she says is “crazy.”

While she is “excited about going back to set,” Chopra says she will miss the perks of working from home.

“I don’t miss being stuck in traffic and going to meetings,” the Purple Pebble Pictures founder laughed. “I’m actually really grateful to be able to wear sweatpants with, like, a formal shirt and, you know, do an interview.”

Chopra’s newest venture, Evil Eye, is a thriller about a mother who is terrified that her daughter’s new boyfriend is actually an old enemy reincarnated and is available now on Amazon Prime.

Evil Eye — which features an all South Asian cast — is one of the first titles from Chopra’s production banner, which was established with a goal “to influx Hollywood with brown people, because we don’t see enough of us.”