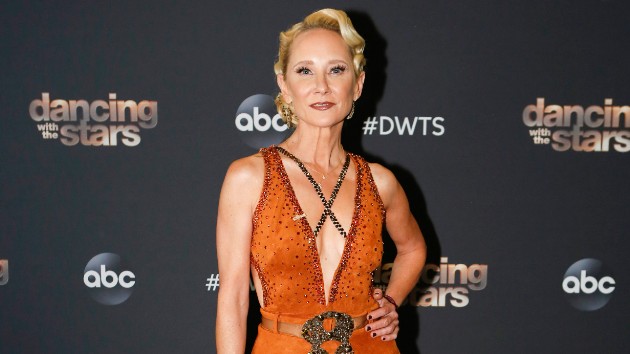 (LOS ANGELES) — Anne Heche says Harrison Ford stuck up for her while she was dating Ellen DeGeneres.

During her stint guest hosting Entertainment Tonight Tuesday, the actress and former Dancing with the Stars contestant says she almost lost her role in the 1998 romantic action comedy Six Days Seven Nights because of the same-sex relationship, but co-star Ford had her back.

“I would not have gotten that movie,” she said. “He called me the day after they said I wasn’t gonna get it, because I took Ellen to the [Volcano] premiere, and Harrison Ford, he was a hero. He said, ‘Frankly my dear, I don’t give a damn who you’re sleeping with. We’re gonna make the best romantic comedy there is and I’ll see ya on the set."”

“He’s one of my heroes,” Heche declared. “He fought a battle for me and I would be on any desert island with him any day. He’s an extraordinary human being.”

Heche and DeGeneres dated from 1997 to 2000. Heche opened up about the scrutiny she faced during the relationship on Dancing with the Stars last week, shortly before she was eliminated. She also says it’s been “years” since she’s spoken to Ellen, who married actress Portia de Rossi in 2008.