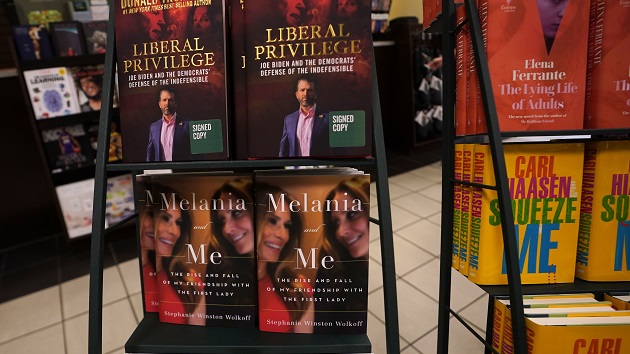 TIMOTHY A. CLARY/AFP via Getty Images
Posted on October 13, 2020 by ABC News

(WASHINGTON) — The Justice Department on Tuesday filed a civil lawsuit against a former top aide to first lady Melania Trump who released a tell-all book last month featuring damning revelations from her friendship with the first lady and her time in the White House.

In a filing in D.C. federal court, the DOJ said Stephanie Winston Wolkoff breached a non-disclosure agreement that she signed in August 2017 before serving in a voluntary role in the East Wing as a senior adviser to Melania Trump.

Department attorneys argued that the NDA signed by Wolkoff had no termination date.

“In violation of these binding commitments, Ms. Wolkoff has written a book that Simon & Schuster promotes as a “scathing tell-all” and an “epic scream of a tell-all,” the civil complaint says. “The United States seeks to hold Ms. Wolkoff to her contractual and fiduciary obligations and to ensure that she is not unjustly enriched by her breach of the duties she freely assumed when she served as an advisor to the First Lady.”

The Justice Department is seeking a court order against Wolkoff, demanding she account for any profits she may have received from the book and place them into a government trust, as well as pay of any of the government’s court costs and attorney’s fees for their suit against her.

Wolkoff did not immediately respond to ABC News’ request for comment on the lawsuit.

The lawsuit has already provoked alarm among First Amendment advocates and attorneys, who argued it amounts to yet another instance of the Justice Department being bent to align with the interests of President Donald Trump and his family.

“This is a complete abuse of the Justice Dept to pursue this case for personal reasons,” attorney Mark Zaid said on Twitter. “And it’s legally unenforceable.”

The Justice Department has in the past brought lawsuits against individuals found to have violated their non-disclosure agreements that they signed upon entering government — but such cases are typically only brought over alleged disclosures of classified information. The lawsuit against Wolkoff, however, doesn’t allege she disclosed any classified material — instead citing details she published about personnel decisions in the first lady’s office, details on her “Be Best” initiative and conversations she had with the president.

The DOJ is separately suing former national security adviser John Bolton for breach of contract and allegedly disclosing classified information in his memoir, “The Room Where It Happened,” published earlier this summer.