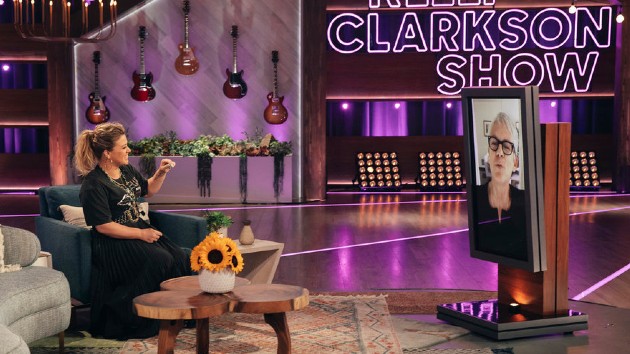 (LOS ANGELES) — Chris Evans became known for having more than just a patriotic pair of glutes when he accidentally posted an explicit photo of himself last month.

While the actor maintains that the NSFW blunder was an embarrassing mistake, his Knives Out on-screen mom Jamie Lee Curtis says she sees through the lies.

Appearing on The Kelly Clarkson Show Monday, the revered actress doesn’t believe the 39-year-old Evans’ side of the story one bit.

“My question is this: He’s so smart and such an unbelievably beautiful human being,” the 61-year-old mused when the topic was inevitably broached during their animated discussion. “I’m wondering if it was even planned?”

Kelly Clarkson immediately glommed onto the idea and remarked, “Oh, he’s so clever! I kind of think it was planned just cause he was trying to get people to vote.”

After the infamous photo was purged from Evans’ social media accounts, the Captain America star broke his social media silence a few days later by joking on Twitter, “Now that I have your attention…. VOTE Nov 3rd!!!”

Curtis responded to the actor’s September 14 tweet, joking in response, “My boy! Proud of him. Got MY attention!”

Later in the segment, the Halloween star remarked that she flirted with another response to Evans’ explicit photo, telling Clarkson, “I could have made some sort of joke and said he took after his movie father, Don Johnson” — noting that she is close friends with his ex wife Melanie Griffith, inferring her bestie told her a few things about her former lover.

“She was married to him twice,” Curtis quipped, suggestively raising her eyebrows.

Knives Out, starring Curtis and Evans has since been greenlit for a sequel.