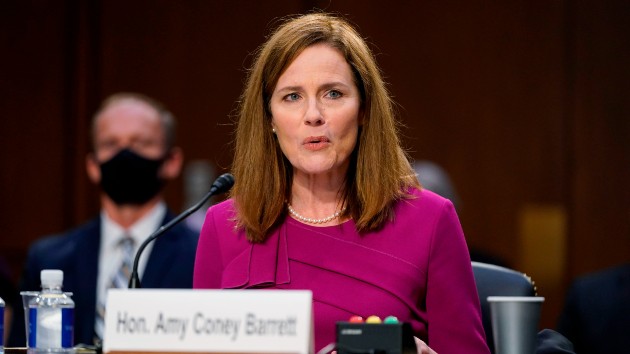 In opening statements Monday, Democrats argued the nomination puts the health care of millions of Americans at risk amid an ongoing pandemic and some called on Barrett to recuse herself from any presidential election-related cases. Republicans, who say they already have the votes to confirm Trump’s pick, defended Barrett’s Roman Catholic faith from attacks which have yet to surface from inside the hearing room.