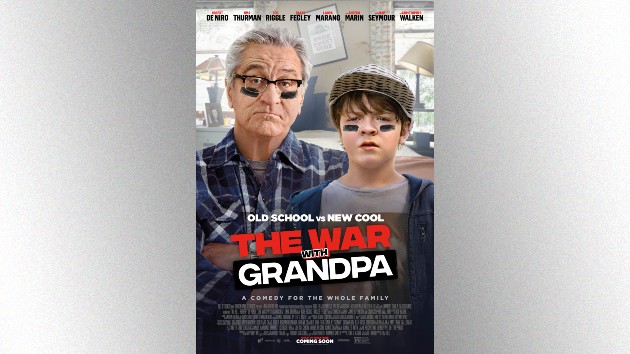 This weekend’s new release, The War with Grandpa, starring Robert De Niro, managed to rake in $3.6 million and claim the number-one spot from Christopher Nolan’s Tenet.

Tenet, now in its sixth weekend of release in the U.S., brought in $2.1 million for a domestic total of $48.3 million. Overseas, it’s fared far better with a total of $275 million, according to Warner Bros. It’s global total is now $323.3 million.

Meanwhile, according to Deadline, European theater owners who are starved for new content aren’t too happy that Disney has decided to release Soul exclusively on Disney+ on December 25.

“The vast majority of cinemas across Europe and indeed many regions of the World are now open and able to offer a safe and enjoyable return for audiences. Cinema operators have invested massively in offering the safest possible experience to their audiences on the basis of a promising schedule of new film releases,” the International Union of Cinemas says in a statement. “Yet again, however, they find a distributor delivering another blow.”

Deadline reports Soul will get a theatrical release in the offshore markets where Disney+ isn’t available. Disney is the parent company of ABC News.

More Ravens test positive for COVID-19 ahead of game with Steelers
Amid COVID-19, moms leaving the workforce could have lasting impact on economy
‘The Bachelorette’ recap: Increasing tension between two men leaves Tayshia with a tough decision
Trump-Biden transition updates: Trump teases 2024 presidential run at Christmas party
Captain charged with seaman’s manslaughter in California boat fire that killed 34
Coronavirus updates: Ex-CDC head warns of ‘bumps in the road’ with vaccination