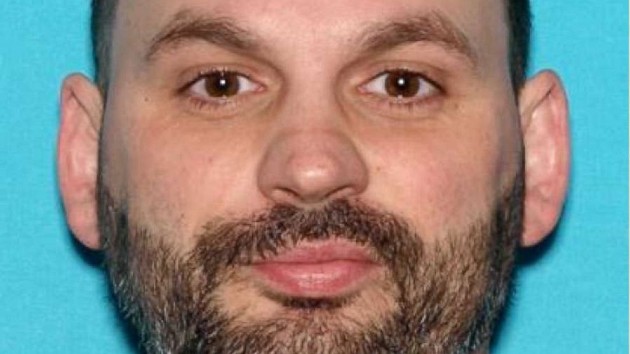 (SACO, Maine) — A man has been arrested after he was reportedly caught putting razor blades into pizza dough that was then sold to customers, according to the Saco Police Department in Maine.

The incident occurred on Oct. 6 when the Saco Hannaford Supermarket, located in Saco, Maine, near to both Kennebunkport and Portland, notified the Saco Police Department regarding a suspected food tampering incident.

The customer had reportedly purchased a Portland Pizza Pie Dough and then later found an undisclosed number of razor blades inside the product, according to a statement by the Saco Police Department.

The grocery store launched their own investigation and reviewed store security surveillance footage which led them to Nicholas R. Mitchell whom they allegedly caught tampering with the packaging of several Portland Pizza Pie Doughs.

“Nicholas Mitchell is a former associate of “It’ll be Pizza company” who manufactures product for Portland Pie,” said the Saco Police Department.

Authorities immediately released a physical description of Mitchell as well as a description of his car in an appeal to the public to help them track down the suspect as quickly as possible. They were able to arrest him within about two hours approximately 50 miles away in Dover, New Hampshire, according to a separate police statement announcing his arrest.

“This evening the Dover, NH Police Department located Nicholas Mitchell and took him into custody on the outstanding warrant for his arrest in the Hannaford’s Portland Pie pizza dough razor blade case,” the Saco Police Department announced in a statement.

It is unclear what Mitchell’s motivations were in this case or if he was targeting anybody specifically.

According to Hannaford, customers who purchased Portland Pie pizza dough and Portland Pie cheese sold in the deli at any Hannaford store between Aug. 1, 2020, and Oct. 11, 2020, should not consume the products and may return it to the store for a full refund.

Customers are also urged to also check storage areas including freezers for products that may have been purchased and frozen during this timeframe.

No injuries or illnesses have been reported in connection with this recall and the case currently remains under investigation.

Black Friday 2020: Tips on the best deals to look out for
George Floyd’s brothers on the fight for justice, remembering him on Thanksgiving
Anticipating a vaccine, supply chain preps for challenges ahead
Denver mayor offers apology for Thanksgiving travel after urging residents to stay home
Dialing into Pennsylvania GOP meeting, Trump shows no sign of concession
Scotland becomes first nation to provide free period products for all