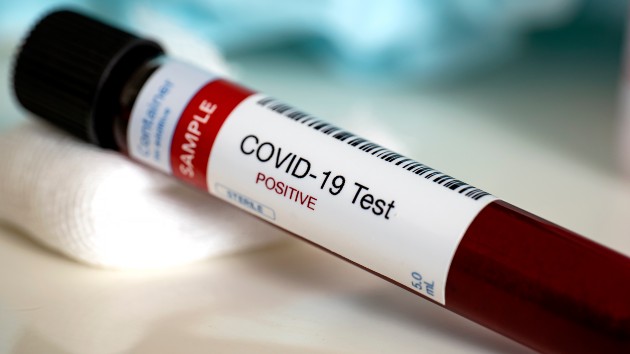 Over 37.4 million people across the globe have been diagnosed with COVID-19, the disease caused by the new respiratory virus, according to data compiled by the Center for Systems Science and Engineering at Johns Hopkins University. The criteria for diagnosis — through clinical means or a lab test — has varied from country-to-country. Still, the actual numbers are believed to be much higher due to testing shortages, many unreported cases and suspicions that some national governments are hiding or downplaying the scope of their outbreaks.

The United States is the worst-affected country, with more than 7.7 million diagnosed cases and at least 214,771 deaths.

California has the most cases of any U.S. state, with more than 855,000 people diagnosed, according to Johns Hopkins data. California is followed by Texas and Florida, with over 818,000 cases and over 734,000 cases, respectively.

French Prime Minister Jean Castex warned Monday that tougher restrictions could be imposed as the country battles a “strong second wave” of COVID-19.

“The French thought it was over,” Castex said during an interview on French news broadcaster France Info. “There can be no more relaxation.”

At least nine major cities, including Paris and Marseille, have been placed under the maximum COVID-19 alert level as intensive care wards fill up again with patients. Castex said a “general lockdown” of the entire country “must be avoided by all means” but added that nothing should be ruled out, including local lockdowns.

Castex’s warning comes as France hit a new record of daily COVID-19 cases over the weekend, with 26,896 confirmed in a 24-hour period.

Areas of England will be placed into “medium,” “high” and “very high” alert levels with restrictions of varying severity. It’s unclear which areas will be covered by which alert levels and what the respective interventions are. Johnson is expected to provide details on the new measures when he addresses lawmakers at the House of Commons on Monday afternoon.

The country’s medical chiefs warned of a resurgence in COVID-19 during a press conference Monday morning, pointing to graphs that showed rising infections and hospitalizations in swathes of England as winter approaches.

Liverpool has one of the highest levels of COVID-19 infection in England, with more than 600 cases per 100,000 population. The area is expected to be placed under the most stringent level of restrictions.

It’s the second straight day that Russia has tallied over 13,000 new cases. The country’s record of 13,634 new cases was set the previous day.

The national tally now stands at 1,312,310 confirmed cases with 22,727 deaths, according to Russia’s coronavirus response headquarters.

More than 32% of the newly confirmed cases — 4,395 — and 27% of the newly reported deaths — 34 — were registered in Moscow, the epicenter of the country’s COVID-19 outbreak. Moscow Mayor Sergey Sobyanin said this week will be “largely decisive” in the fight against the city’s outbreak.

Russian authorities have said there’s no immediate plan to impose a second nationwide lockdown, even as the country’s outbreak grows after most coronavirus-related restrictions were lifted over the summer.

Officials in Moscow, however, have recommended that the elderly self-isolate at home and also encouraged businesses to have at least one-third of their employees work from home. School holidays in the capital this month were extended from one to two weeks.

India confirmed another 66,732 new cases of COVID-19 in the past 24 hours, driving the country’s tally to more than 7.1 million.

An additional 816 coronavirus-related fatalities were also recorded. The country’s cumulative totals now stand at 7,120,538 confirmed cases and 109,150 deaths, according to the latest data from the Indian Ministry of Health and Family Welfare.

India is only the second country in the world to surpass seven million total cases, after the United States. The spread of the virus in India appears to have slowed down since mid-September, when the country registered a record 97,894 new cases in a single day. So far this month, India is averaging more than 70,000 cases per day.

India is still on track to become the pandemic’s worst-hit nation within days, overtaking the United States, where more than 7.4 million people have been diagnosed with COVID-19.

Oct 12, 5:36 am
China to test entire city of nine million amid outbreak linked to hospital

All nine million residents of the Chinese city of Qingdao will be tested for COVID-19 this week amid an outbreak linked to a hospital.

The Qingdao Municipal Health Commission made the announcement in a statement Monday, saying the entire city would be tested within five days and the results would be released immediately. The move comes after nine new cases of COVID-19 were recorded in Qingdao, of which eight are patients at the city’s Municipal Chest Hospital and one is a family member. Four of the cases were asymptomatic, which China does not count as confirmed cases.

As of Monday, 114,862 people — including medical staff and newly hospitalized patients — had tested negative for COVID-19 in Qingdao, according to the city’s health commission.

China’s National Health Commission has so far reported 85,578 confirmed cases of COVID-19 and 4,634 deaths on the Chinese mainland, where the coronavirus pandemic began last December.

There were 44,614 new cases of COVID-19 identified in the United States on Sunday, according to a real-time count kept by Johns Hopkins University.

The latest daily tally is down by more than 10,000 from the previous day and falls well under the country’s record set on July 16, when there were 77,255 new cases in a 24-hour-reporting period.

An additional 400 coronavirus-related fatalities were also recorded Sunday, down from a peak of 2,666 new fatalities reported on April 17.

A total of 7,762,809 people in the United States have been diagnosed with COVID-19 since the pandemic began, and at least 214,771 of them have died, according to Johns Hopkins. The cases include people from all 50 U.S. states, Washington, D.C. and other U.S. territories as well as repatriated citizens.

Oct 12, 4:46 am
Mexico confirms first case of someone with both COVID-19 and influenza

Mexico has confirmed its first case of an individual who has tested positive for both COVID-19 and influenza at the same time.

Dr. Jose Luis Alomia Zegarra, director general of epidemiology at the Mexican Ministry of Health, told a press conference Sunday night that the case was detected in a 54-year-old woman with a number of preexisting conditions who remains hospitalized in stable condition after developing COVID-19 symptoms. She’s a cancer survivor and suffers from autoimmune disease, chronic pulmonary issues as well as obesity, according to Zegarra.

Zegarra said the woman first displayed symptoms of COVID-19 at the end of September and was hospitalized. She tested positive for COVID-19 on Oct. 2 as she awaited the results of a panel of over a dozen viral exams. The patient started to receive therapy for COVID-19 and was later discharged from the hospital between Oct. 5 and Oct. 6 after her condition improved.

On Oct. 8, while at home, the woman started to have a fever and respiratory issues again. She was admitted to the hospital a second time, according to Zegarra.

On Saturday, the patient’s full virus panel test returned with positive results for both COVID-19 and influenza, Zegarra said.

Since the start of the pandemic, Mexico’s health ministry has confirmed more than 817,000 cases of COVID-19 with at least 83,781 deaths. The country has the four-highest death toll from COVID-19 in the world, according to tallies kept by Johns Hopkins University.