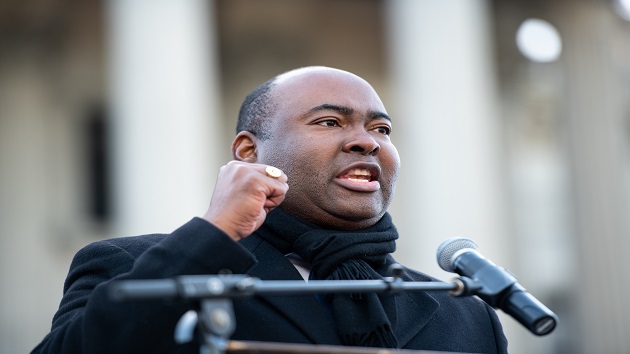 (WASHINGTON) — Jaime Harrison, a South Carolina Democrat, raised a staggering $57 million in the last three months in his bid to topple Sen. Lindsey Graham — setting a new fundraising record for a Senate candidate.

The first Black chairman of South Carolina’s Democratic Party’s single-quarter haul, a sum he raised between July and September, tops former Rep. Beto O’Rourke’s more than $38 million, which he raised in the third quarter of 2018 during his Senate campaign against Texas Sen. Ted Cruz.

Despite O’Rourke’s previous record, which Harrison has now surpassed by almost $20 million, he ultimately lost the Senate race by three points even though he received more votes than any Democrat has in the history of Texas.

“This campaign is making history, because we’re focused on restoring hope back to South Carolina,” Guy King, a spokesperson for Harrison’s campaign, said in a statement. “After 25 years in Washington, Lindsey Graham has changed into someone voters no longer recognize, and these resources will be instrumental in our efforts to send Lindsey home in November.”

Harrison’s campaign said the average donation was $37 from 994,000 donors. He saw a total of 1.5 million donations and the sum brings his fundraising total so far to $86 million.

The stunning figure caps off an increasingly competitive few months in the Palmetto State’s Senate race. Recent polling shows the two men neck-and-neck, reflecting how much the race has dramatically shifted from its onset.

President Donald Trump won the state by 14 percentage points over Hillary Clinton in 2016 and is expected to capture South Carolina once more against former Vice President Joe Biden, the Democratic nominee.

Last month, Harrison acknowledged the uphill climb he is facing in the reliably red state during an interview with ABC News’ “Powerhouse Politics” podcast, telling ABC News Chief White House Correspondent Jonathan Karl and ABC News Political Director Rick Klein, “I was born into long odds … I know what the David versus Goliath story is.”

But the former lobbyist has been building a financial advantage over the three-term incumbent Graham, who has emerged as one of Trump’s key allies on Capitol Hill.

In two interviews on Fox News in late September, Graham begged for campaign cash to close the gap, pleading in one, “My opponent will raise almost $100 million … I’m being killed financially. This money is ’cause they hate my guts.”

“I’m getting overwhelmed,” he said in another interview. “Help me. They’re killing me moneywise. Help me. You did last week. Help me again.”

In early October, the Senate Leadership Fund, a super PAC aligned with Senate Majority Leader Mitch McConnell, steered $10 million to South Carolina to boost Graham, amid a bruising cash deficit, according to McClatchy.

Harrison consistently outraised Graham throughout the first two quarters of this year, but the Republican’s campaign has not yet announced how much he raised in the third quarter.

Graham will certainly have a spotlight this coming week, as the Senate Judiciary Committee, which he chairs, will begin confirmation hearings for Judge Amy Coney Barrett — a controversial process that energized Democratic fundraising in the final days of the quarter.