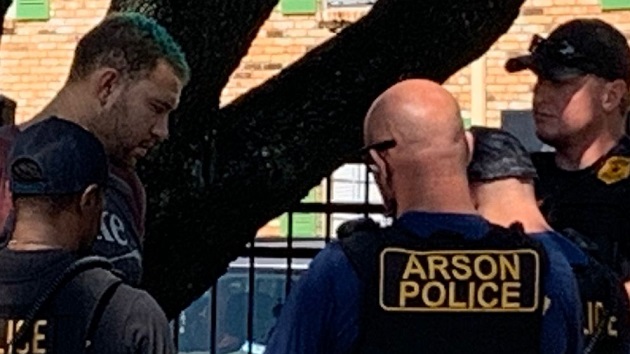 (HOUSTON) — An alleged serial arsonist who authorities say may be responsible for setting dozen of blazes that have terrorized the city of Houston in recent weeks has been arrested.

The suspect, 28-year-old Joshua Rauch, was arrested on Saturday after arson investigators scouring surveillance video spotted Rauch’s car at the location of some of the fires, giving them enough probable cause to get approval from the Harris County District Attorney’s office to place an electronic tracking device on his vehicle to follow his movements, officials said at a news conference.

Rauch has been linked to at least seven fires that have occurred in the Houston area, including several set in the city’s popular Greater Heights neighborhood, but investigators said he allegedly confessed to setting other fires in the community.

“I can’t stress enough how proud I am of our folks and the work that they have done in getting this very dangerous individual off the street as quickly as they did,” Houston Fire Chief Samuel Pena said at the news conference on Saturday.

Assistant Fire Chief Alfredo Martinez and fire investigator Alison Stein alleged that Rauch has been setting fires all over the Houston, burning vehicles, sheds and trash containers. No one has been injured in the blazes, most having occurred under the cover of night.

Martinez said the investigation started in earnest on Tuesday following a fire near a Houston business and another that same day at the University of Houston in the downtown area.