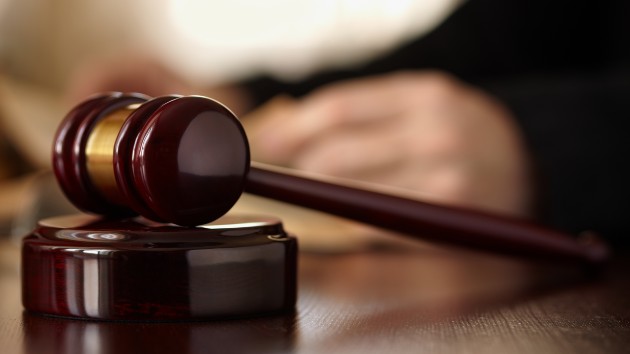 (LOUISVILLE, Ky.) — A Kentucky judge weighed arguments in court on Thursday, considering a motion to dismiss a juror’s request to speak publicly about the grand jury proceedings in the Breonna Taylor case.

The three-hour hearing ended just before 3 p.m. without a ruling. It is unclear when the judge will issue a decision.

He said the proceedings should be kept private in an effort to protect the anonymity and safety of those involved.

“The grand jury process is secretive for a reason: to protect the safety and anonymity of all the grand jurors, witnesses, and innocent persons involved in the proceedings,” Cameron said. “Allowing this disclosure would irreversibly alter Kentucky’s legal system by making it difficult for prosecutors and the public to have confidence in the secrecy of the grand jury process going forward.”

The grand juror, who accused Cameron of using the jurors as a shield to deflect accountability, also asked that the grand jury proceedings be considered a moot point and debated in court.

“We want a chance to respond so issues can be appropriately addressed,” Kentucky Assistant Attorney General Victor Maddox said in a statement Monday.

“The grand juror we represent felt compelled to take some sort of an action based upon the indictment rendered and the subsequent press conference from the AG’s office about out how everything played out,” Glogower said at a press conference last week. “But before our client can discuss these things freely, they needed to know the rights and duties as deemed by the court.”

The court hearing came just days after the attorney general’s office released some 20 hours of recordings from the three-day grand jury deliberations in compliance with a judge’s order.

Cameron said he was “confident” the recordings would show his office presented a thorough case.

“I’m confident that once the public listens to the recordings, they will see that our team presented a thorough case to the Jefferson County Grand Jury,” he said in a statement Friday. “Our presentation followed the facts and the evidence, and the grand jury was given a complete picture of the events surrounding Ms. Taylor’s death on March 13.”

“While it is unusual for a court to require the release of the recordings from Grand Jury proceedings, we complied with the order, rather than challenging it, so that the full truth can be heard,” he added.

Former Louisville Metro Police Department Officer Brett Hankison is facing three counts of wanton endangerment, but neither he nor the two other officers involved in the shooting were charged in connection with Taylor’s death.

Taylor, 26, was shot and killed by Louisville police officers after they executed a no-knock entry that had been approved “due to the nature of how … drug traffickers operate,” according to the arrest warrant obtained by ABC News. The officers were investigating a suspected drug operation linked to Taylor’s ex-boyfriend. No drugs were found in the apartment.

Taylor and her boyfriend, Kenneth Walker, got out of bed around midnight when they heard a commotion outside; after a short exchange with police, Walker says he fired his gun in self-defense, saying he thought the home was being broken into, according to police.

The charges against Hankison, who fired 10 shots into Taylor’s apartment, stem from the errant bullets that penetrated a wall of the residence and entered a neighboring apartment occupied by a child, a man and a pregnant woman, Cameron said at a news conference following the grand jury’s announcement.

Attorneys for Hankison and Walker had advocated for the release of the grand jury transcript and evidence connected to the case. Walker’s civil lawyers filed a successful motion over the weekend to have the evidence collected by LMPD’s Professional Integrity Unit released to the public.