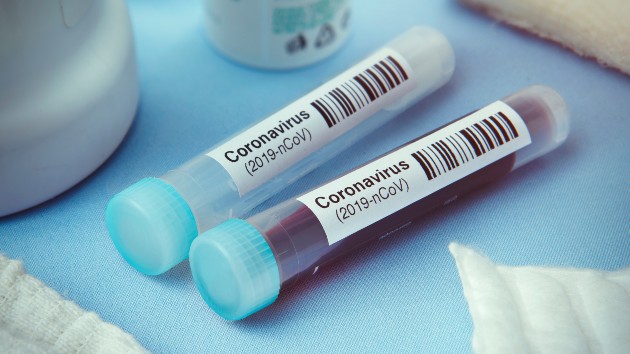 Over 36.5 million people across the globe have been diagnosed with COVID-19, the disease caused by the new respiratory virus, according to data compiled by the Center for Systems Science and Engineering at Johns Hopkins University. The criteria for diagnosis — through clinical means or a lab test — has varied from country-to-country. Still, the actual numbers are believed to be much higher due to testing shortages, many unreported cases and suspicions that some national governments are hiding or downplaying the scope of their outbreaks.

The United States is the worst-affected country, with more than 7.6 million diagnosed cases and at least 212,784 deaths.

California has the most cases of any U.S. state, with more than 845,000 people diagnosed, according to Johns Hopkins data. California is followed by Texas and Florida, with over 807,000 cases and over 726,000 cases, respectively.

There were 56,191 new cases of COVID-19 identified in the United States on Thursday, according to a real-time count kept by Johns Hopkins University.

The latest daily tally is up by nearly 6,000 from the previous day but is still under the country’s record set on July 16, when there were 77,255 new cases in a 24-hour-reporting period.

An additional 961 coronavirus-related fatalities were also recorded Thursday, down from a peak of 2,666 new fatalities reported on April 17.

A total of 7,607,250 people in the United States have been diagnosed with COVID-19 since the pandemic began, and at least 212,784 of them have died, according to Johns Hopkins. The cases include people from all 50 U.S. states, Washington, D.C. and other U.S. territories as well as repatriated citizens.

An ABC News analysis of COVID-19 trends across all 50 U.S. states as well as Washington, D.C. and Puerto Rico found there were increases in newly confirmed cases over the past two weeks in 28 states.

The seven-day average of new cases in the United States has now surpassed 44,000, the highest it has been since Aug. 21.

Although figures in the Northeast still remain relatively low, the number of new cases continues to slowly increase, relative to the figures that were seen during the spring. The region’s seven-day average of new cases is now the highest it has been since June 2. In the last month alone, that average has increased by more than 69%.

The number of new cases in the South remain significantly lower than they were throughout the summer. However, the South still contributes to more than 45% of the country’s daily regional caseload, with an average of over 18,000 new cases per day.

Over the past three weeks, the number of new cases in the West has increased by 26%. Idaho and Utah still continue to produce high daily case totals. Although the figures in California are on a downward trend, the state continues to report a high number of new cases every day.

Oct 09, 4:41 am
Birx warns of ‘troubling signs’ in Northeast amid ‘very different’ spread of COVID-19

Dr. Deborah Birx, the White House coronavirus response coordinator, said states in the Northeast are showing “troubling signs” that they could reemerge as COVID-19 hotspots.

“It’s early here,” Birx said at a press conference Thursday, after participating in a roundtable discussion at the University of Connecticut’s campus in Hartford. “We can continue in the Northeast to contain the virus.”

As the weather turns colder, Birx said the novel coronavirus is transmitting more rapidly within families and social groups than in schools or workplaces where people are taking precautions. She said it’s a lesson that was learned in the South during the summer when people went indoors for air-conditioning to escape the heat and humidity.

“What we’re seeing in the community is much more spread occurring in households and in social occasions, small gatherings where people have come inside, taken off their mask to eat or drink or socialize with one another,” she said.

Northeastern states, once a hotbed for the virus, are beginning to see upticks in COVID-19, case numbers, positivity rates and hospitalizations.

“This is really a message to everyone in Connecticut: the kind of spread that we’re seeing now is very different from the spread we experienced in March and April,” Birx warned. “What we did in the spring is not going to work in the fall.”