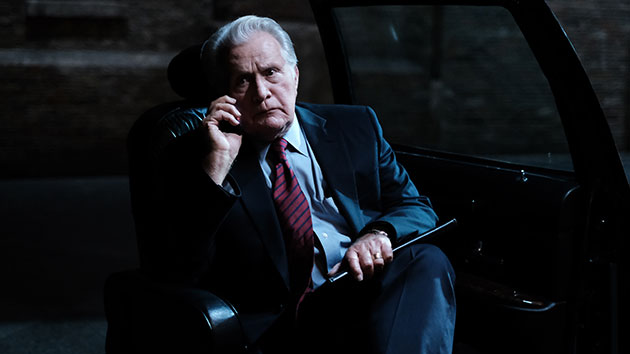 (NEW YORK) — HBO Max announced just over two weeks ago that the cast of The West Wing would reunite this month for a  special to raise awareness for the nonpartisan organization When We All Vote.  Now we’ve got our first extended peek at the event.

A brand-new trailer, released Thursday, shows Martin Sheen returning as President Jed Bartlet, along with the rest of the political drama’s principal cast members — Rob Lowe, Dulé Hill, Allison Janney, Janel Moloney, Richard Schiff, Bradley Whitford and Martin Sheen — all reprising their roles together for the first time in 17 years.  Sterling K. Brown joins the cast to perform the part of White House Chief of Staff Leo McGarry, played on the series by the late John Spencer, who died during the show’s final season.

The cast is a little older and grayer, but they’re all smiles in the behind-the-scenes glimpses of production, complete with elbow bumps and face masks.

The special is a theatrical staging of the “Hartsfield’s Landing” episode from The West Wing’s third season.  The episode in part involves the primary day vote in the fictitious town of Hartsfield’s Landing, New Hampshire, the first town in the nation to open their polls.

The special will also include act breaks with messages from When We All Vote co-chair Michelle Obama, former President Bill Clinton and Hamilton co-creator and star Lin-Manuel Miranda. There will be musical performances from composer W.G. Snuffy Walden, who will play The West Wing’s familiar theme song, and The Avett Brothers, who will close out the show

A West Wing Special to Benefit When We All Vote premieres Thursday, October 15, just over two weeks before the election.

The West Wing ran for seven seasons on NBC and won 27 Emmys.

Director Tristram Shapeero fesses up, apologizes for “poor shaming” actor Lukas Gage during Zoom audition
Millions travel for Thanksgiving despite CDC warning
Black-owned brands to support and shop for on Black Friday and beyond
General: COVID-19 vaccines will be ready for delivery 24 hours after FDA authorization
ICU nurse issues warning on Facebook as her dad is treated for COVID-19 on her floor
Nurses, doctors use social media to plead for public to take COVID-19 seriously