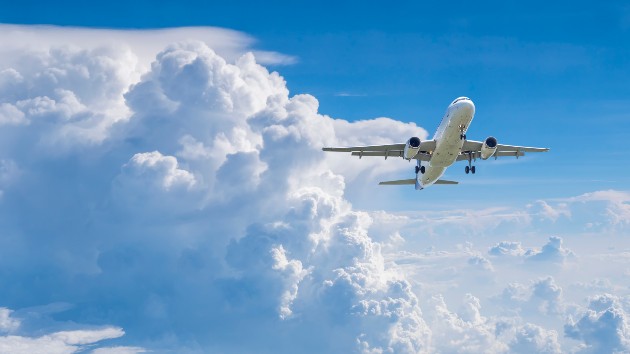 (WASHINGTON) — In a late night tweet Tuesday, President Donald Trump urged Congress to approve an extension of the Payroll Support Program (PSP) for major U.S. airlines that have furloughed tens of thousands of workers amid the coronavirus pandemic.

Just hours prior, the possibility of airlines receiving more federal aid seemed slim after Trump instructed his representatives “to stop negotiating” with Democrats on another round of coronavirus relief “until after the election.”

Major U.S. airlines furloughed over 30,000 employees last week following the expiration of relief provided by the CARES Act. American Airlines and United Airlines signaled they would reinstate employees if lawmakers came to an agreement on a second round of aid.

“Time already ran out for U.S. airlines and many of our employees,” Airlines for America CEO Nick Calio said, “yet there is a glimmer of hope that our leaders in Washington will act and save these jobs before it’s too late to turn back the clock.”

There has been bipartisan support in both the House and Senate for a $28 billion clean extension of the PSP that the airlines say would prevent involuntary furloughs until March 2021.

“Again and again, Democrats offer legislation to save lives and livelihoods,” Pelosi said in a statement last week, “only to be met by more Republican obstruction. Either Republicans are not serious about meeting the staggering health and economic challenge facing our nation, or they do not care.”

“We need to stay focused,” Sara Nelson, president of the Association of Flight Attendants-CWA said in a statement late Tuesday. “Millions of lives count on us staying focused. Congress must act.”