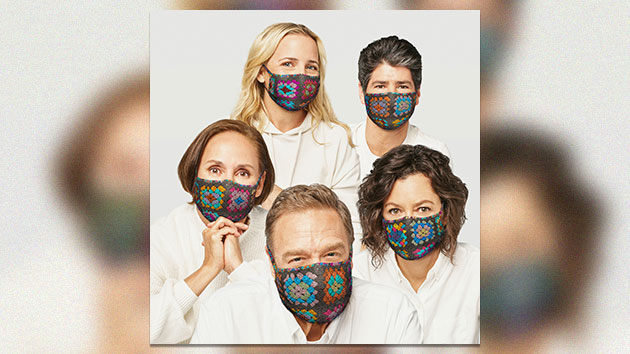 (NEW YORK) — The Conners has seldom been a show to shy away from problems we regular folks face, and the season three trailer for the hit ABC sitcom shows it: just like us, the blue-collar tribe’s dealing with the pandemic.

ET’s got the exclusive trailer, which shows the already seriously dysfunctional family getting on one another’s nerves even more than usual.

“If it’s death, I’m kissing him right on the mouth,” John Goodman’s Dan Conner says when the doorbell rings.

There’s even a shout-out to former Roseanne co-star George Clooney.  After a flashback that shows Laurie Metcalf’s Jackie bowling, and flirting, with Clooney’s character, present-day Jackie declares, “Man, I shoulda hit that ’til I broke it.”

The trailer ends with the entire Conner extended family sprawled in the den, with Dan doing his best to buck everyone up.

“We’re Conners,” he proclaims.  “And we’re gonna get through this the way we always do.  We’re gonna watch TV, drink beer, and we’re gonna blame all our troubles on the government.”

How the Salvation Army is collecting donations this holiday season
Another ‘Grey’s Anatomy’ episode, another surprise visit from the Great Beyond for Meredith
Coronavirus live updates: Virus ‘has entered a phase of high-level transmission’ in US
One-year-old boy shot dead in ‘heinous crime,’ reward offered for information: DC mayor
NASA will pay a firm $1 to go to the moon and get a sample
Return of the Moff: Giancarlo Esposito talks about his Emmy-nominated ‘The Mandalorian’ role