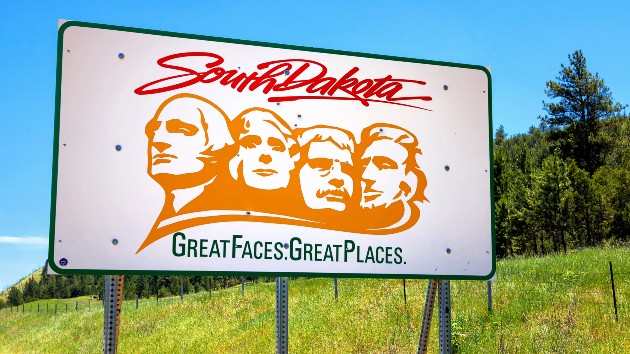 (PIERRE, S.D.) — South Dakota’s governor is doubling down on her controversial stance against state-wide lockdown measures even as the local positivity rate continues to soar.

Amid criticism over her tactics for fighting the novel coronavirus, Noem used her speaking time to read a portion of a letter she said she received from a reporter who praised her for sticking to her beliefs.

“As you all might imagine, these last seven months have been quite lonely at times,” Noem said during a special legislative session on Monday. “But earlier this week, one very prominent national reporter sent me a note that said, ‘Governor, if you hadn’t stood against lockdowns, we’d have no proof of just how useless they really have been."”

Noem said she hopes to show other states that there are ways to navigate the pandemic without enforcing harsh government mandates. Her comments came just days after the Mount Rushmore State broke a monthly record for active COVID-19 cases.

The state reported 2,849 positive cases for the week ending on Sunday, Oct. 4. Then, on Monday, health officials reported 278 new cases, bring the number of active cases to 4,179, according to state data. At least 248 people have died from the virus in the state since the pandemic began rapidly spreading around the U.S. in March.

South Dakota had the second highest number of new cases per capita — behind North Dakota — according to The COVID Tracking Project. But on Tuesday, South Dakota rose to first place, with the highest positivity rate of any state over the past 14 days, at 23.64%, the tracking project said.

The national average rate over the same 14-day span was just 4.7%.

The state saw its worst month on record for active cases in September with residents between the ages of 20 and 39 making up for the bulk of positive diagnoses.

“I will continue to rely on personal decision-making both by individuals, as well as businesses and employers who have a responsibility as well. I will say, however, that as we move through this current case surge, we each need to do our part to manage COVID-19,” Sioux Falls Mayor Paul TenHaken told reporters this week.

Like many city leaders throughout the state, TenHaken issued mask mandates for certain areas and populations. And on Monday, he issued an order to require masks for city employees who interact with the public, especially in spaces where social distancing isn’t possible.

“It really is upon each of us, each and every one of us to make sure that I’m protecting you and you are protecting me. That’s what we do as a society,” Jill Franken, the Sioux Falls public health director, told reporters Monday. “That’s how we do this work as a public together to mitigate a virus that’s in our community and really is threatening us.”

Coronavirus live updates: ‘We are at a dire point,’ US surgeon general says
Nonprofits struggle with challenges of rising hunger, COVID-19 restrictions during holidays
Hilary Duff reveals she is isolating from family due to COVID-19 exposure
American Music Awards 2020: Taylor Swift, the Weeknd and Dan + Shay are this year’s big winners
Coronavirus live updates: US reports over 142,000 new cases
More than 1 million people traveled by plane in the US in one day, despite CDC COVID-19 guidelines