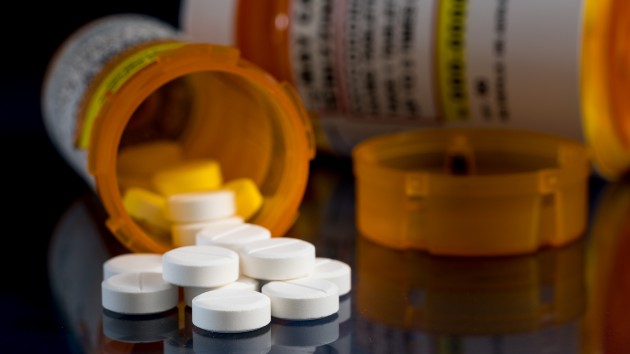 (NEW YORK) — The U.S. Food and Drug Administration said last month it will now require makers of benzodiazepines to outline the risks of abuse, addiction, physical dependence and withdrawal on the drugs’ labels.

Benzodiazepines, or “benzos,” which include brand name drugs like Xanax, Ativan, Klonopin, Librium and Valium, are used for the treatment of anxiety, insomnia, seizures, social phobia and panic disorder.

These prescription drugs have been around for decades but now there’s growing evidence that benzodiazepines have a high potential for abuse and addiction.

“If monitored carefully, they have a great effect and can be very helpful to many patients who take them as prescribed,” Dr. Bechoy Abdelmalek, a psychiatrist working in a chemical dependency clinic in New York City, told ABC News.

The medications, however, can be addictive and there is a thriving black market for these pills.

“Benzodiazepines will not be the next big epidemic. They have been a ‘silent’ epidemic for decades, intensifying consequences from the current opioid epidemic,” according to Dr. Harshal Kirane, medical director of Wellbridge Addiction Treatment and Research.

The first benzodiazepine, Librium, was approved in 1960, but the FDA only recently issued a warning about the risk of abuse.

“We are taking measures and requiring new labeling information to help health care professionals and patients better understand that while benzodiazepines have many treatment benefits, they also carry with them an increased risk of abuse, misuse, addiction and dependence,” FDA Commissioner Stephen M. Hahn said on Sept. 23, when the new warnings were announced.

The FDA issued previous warnings in August 2016 but those warnings only mentioned the adverse effects, including death, from combining these class of drugs with opioids or cough medicines.

So what prompted this recent change in the FDA?

Based on adverse cases reported to the FDA Adverse Event Reporting System database, the FDA found that benzodiazepines are commonly prescribed in the U.S. for periods longer than recommended and frequently abused and misused.

The FDA also found that these drugs may be abused with alcohol, opioids or other illicit drugs, increasing the risk of serious or even fatal health problems.

“When you start taking these drugs, the response is very positive so it becomes hard for patients to discontinue them,” Abdelmalek said. “So patients often take them for many years and, with chronic use, the risk of side effects increases, especially in the elderly.”

The FDA also concluded, based on its review, that some users have had serious withdrawal symptoms, such as seizures, after these drugs were suddenly stopped or the dose was decreased too quickly.

“They are becoming more popular as street drugs,” John Brownstein, an epidemiologist at Boston Children’s Hospital, told ABC News. “They are being mentioned more on television, in movies, and music and therefore more attention is being paid to their abuse potential.”

The FDA estimates that 92 million benzodiazepine prescriptions were dispensed from U.S. pharmacies in 2019.

In addition, an estimated 50% of patients in 2018 took benzodiazepines for two months or longer, even though the recommended use is no more than a few weeks or months, according to FDA statistics.

Patents have expired on familiar brand names like Xanax, Klonopin and Ativan, meaning versions can now be manufactured by pharmaceutical companies that make lower-cost generic drugs. Today, there are about 20 companies in the U.S that manufacture these medications.

All will need to comply with the new warning to continue selling the drugs. Genentech, the manufacturer of Klonopin, told ABC News that “patient safety is of the utmost importance to us and we take our responsibility very seriously. We are aware of the class label update for all benzodiazepines, which includes Klonopin, and we are working with the FDA to update the medicine’s label.”

The Substance Abuse and Mental Health Services Administration, a branch of the U.S. Department of Health and Human Service, told ABC News that it estimates Americans between the ages of 18 to 25 have the highest rate of misuse and abuse.

Benzodiazepines are generally viewed as safe for short-term use; however, long-term use can cause physical dependence, withdrawal and an increased risk of dementia.

“The doses given and frequency of use have increased over the years,” said Abdelmalek. “Think about it. If someone is seeking relief from pain, would they rather take 200 mg of Motrin or 400 mg? It’s the same concept.”

Added Kirane: “Incremental efforts to raise awareness of risks and update the black box warnings on benzodiazepines have occurred in recent years, but the process has moved tragically slow. Abruptly stopping benzodiazepines can have serious health consequences, so clinical support and an effective treatment plan are key ingredients for making a healthy change.”

Chadwick Boseman to be posthumously honored during ‘MTV Movie & TV Awards: Greatest of All Time’
Aubrey Plaza says she was initially “terrified” to take on challenging ‘Black Bear’ role
Texas front-line doctor dies of COVID-19 complications, family says
McConnell says ‘compromise is in reach’ on COVID-19 bill, but sticking points remain
John Mulaney says an ‘SNL’ joke he made landed him in hot water with the Secret Service
Tyrese Gibson says the feud between him and The Rock has officially ended