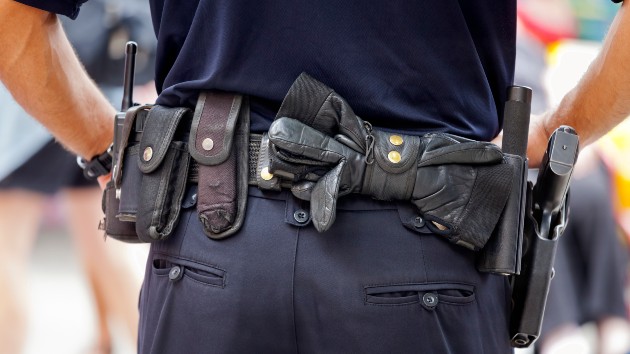 A 2019 report by the Salt Lake City police department said the force had 542 uniformed officers, and Ruff could not say how much that number has changed over the year.

Ruff said the department’s duties during the debate at the University of Utah shouldn’t be hindered because other agencies, including the university police, state police and federal authorities will be assisting.

“There are a lot of people who are working on this,” he said.

As for the city’s day-to day police matters, Ruff said that the department has been shifting schedules and personnel to fill the gaps. The spokesman added that some of those quarantined officers were still working but only taking cases by phone for which in-person police work may not be required.

“You may have an incident where someone calls about fraud and doesn’t have a suspect ID. They’d be taking the call,” Ruff added.

The coronavirus situation that’s ensnared police is part of a larger trend of rising COVID-19 cases in Salt Lake City, according to data from the county’s Health Department. As of Tuesday evening, there were 34,087 total cases and 16 total deaths, with 136 people hospitalized due to the virus and 254 hospitalized since the pandemic began.

Since Sept. 8, 8,904 people contracted the virus, more than a quarter of the city’s total cases, according to health department data. The seven-day average of new daily cases went from 142 on Sept. 8 to 424 on Oct. 4.

Nicholas Rupp, a spokesman for the Salt Lake County Health Department, told ABC News in a statement that the greatest increase in numbers come from “younger people, high school and college-aged, who may wear face coverings in school and at school-sponsored activities but who are not doing so as consistently when gathering informally with friends, and before and after school.”

Rupp said the Health Department is working with the university to ensure that it adheres to the state guidelines for indoor events.

“We also make in-person visits to ensure they’re implementing their plans as described,” he said in a statement.

See a life-sized house made of candy come to life on Hulu’s ‘Candified: Home for the Holidays’
Sex and the City showrunner: Kim Cattrall was “never on the radar” for revival
Neuropsychologists call for elimination of race-norming in clinical tests following NFL concussion controversy
Strangers donate breast milk after mom of newborn dies of COVID-19
“It’s the moment I’ve waited for my entire life”: Michael B. Jordan takes the reins of his career, and ‘Creed III’
Dozens of states may restrict abortion almost immediately should Supreme Court uphold Mississippi ban