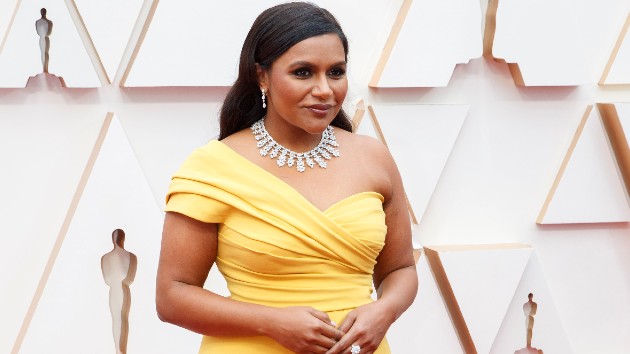 During a chat with Good Morning America on Tuesday, Mindy Kaling gave fans a much-needed update on the Reese Witherspoon-led sequel, including how a third installment even came about in the first place.

“I have been working with her on a couple movies, and we’ve been friends for awhile and I have always quoted the movies to her. I was that annoying friend that would be like, ‘bend and snap’ to her,” The Office alum shared.

After nearly two decades since the first film, Kaling said Witherspoon told her she’d “really love to revisit this character.”

“I was nervous because the movie is so iconic. But then I thought, ‘It’d be really fun to see that character in her 40s. What is Elle Woods dealing with as a 41-year-old woman?"” Kaling said. “And it’s been really funny to write. And I’m working on it with my friend Dan [Goor], and I think it’s going to be a great movie for Reese and people are going to love to see her in this part.”

In 2018, Witherspoon shared the exciting news an Instagram post of herself lounging on a pool float with the caption, “It’s true… #LegallyBlonde3.”

Who gets the vaccine first and who decides? 3 things to know about tomorrow’s CDC committee meeting
As 75 Hard fitness program trends on TikTok, experts raise red flags
Michael B. Jordan, Viola Davis and others honor Chadwick Boseman on what would’ve been his 44th birthday
San Francisco 49ers not allowed to play in stadium for 3 weeks under new COVID-19 restrictions
Heavy rain ongoing on Gulf Coast as storm aims for Northeast next week
COVID-19 Update: 4,087 hospitalized in PA, 877 in ICU