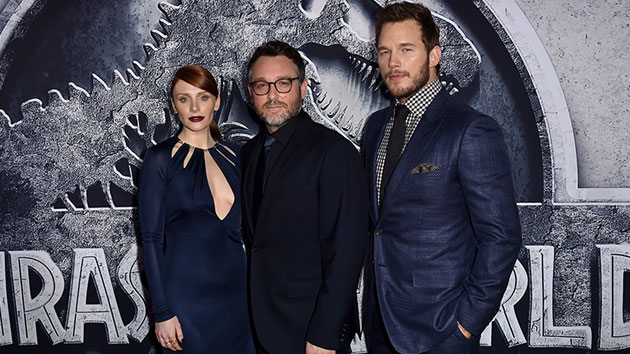 (NEW YORK) — At this rate, they should rename the movie Jurassic World: Procrastination.  Once again, production on the next installment in the dinosaur franchise has been halted due to a positive COVID-19 test.

“Woke up to the news we had a few positive Coronavirus tests on Jurassic World: Dominion,” director Colin Trevorrow tweeted.  “All tested negative shortly after, but due to our safety protocols we’re going to pause for two weeks. Back soon.”  The tweet was accompanied by a cute photo of a dinosaur wearing a face mask.

Production on Jurassic World: Dominion was already temporarily halted at least once earlier this year, when the pandemic lockdowns first began.  Looks like they’ll have plenty of time to complete production, though — just yesterday, the movie’s release date was delayed to June 10, 2022.  That’s a full year later then initial summer 2021 planned release

Jurassic World: Dominion is only the latest film to see a pandemic-delayed release.  Potential blockbusters F9, The Batman, the James Bond flick No Time to Die, and The Matrix 4 have recently been bumped as well — some of them for more than the first time.