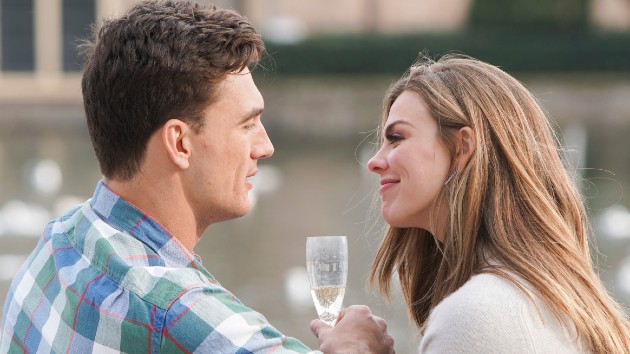 (LOS ANGELES) — Hannah Brown and Tyler Cameron are putting all the rumors to rest when it comes to their relationship.

In a video posted to the former Bachelorette’s YouTube on Tuesday, the pair walked viewers through what really happened when she decided to quarantine with her season’s runner-up earlier this year. At the time, there was a ton a speculation that the two had rekindled their romance, however, they both admitted that they were not in the right head space for that.

For her part, Brown, 26, was coming off of news that her brother overdosed, while Cameron, 27, was coping with the unexpected death of his mother.

“I didn’t want to do something because I was in a bad place or vulnerable,” Cameron said. “So I made a rule. I was like, ‘I’m not hooking up. I’m not doing nothing.’ Because I don’t want you to go away … and then we’re upset again at each other.”

The duo did reveal that they spent “18 days in the same bed” but added that they “never kissed.” They also admitted to playing into the rumors that they were dating again when really they were just working on their friendship.

“It was a pressure cooker situation,” Cameron shared. “We were just under pressure the whole time and some of it is our fault because we played into it. We were having fun with it. … I was in a hurt place. You were in a hurt place. … We’ve gone through a lot together and this [was] our first time hanging out and I just wanted to work on it being a friendship.”

John Mulaney says an ‘SNL’ joke he made landed him in hot water with the Secret Service
Biden eyeing Democratic governors for Health and Human Services secretary
Prolific bank robber dubbed the ‘Too Tall Bandit’ strikes after taking 2-year break: FBI
Oscar winners George Clooney and Regina King among ‘People’ magazine’s 2020 People of the Year
Tyrese Gibson says the feud between him and The Rock has officially ended
‘Happiest Season’ breaks Hulu records; writer-director Clea DuVall says it was exciting and intimidating