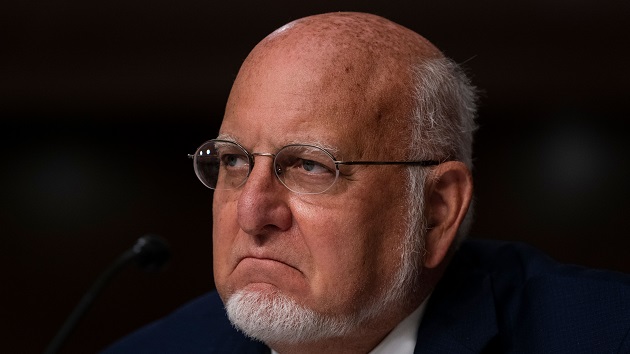 (WASHINGTON) — A former head of the Centers for Disease Control and Prevention recently wrote to the agency’s current director, Robert Redfield, asking him to expose the “colossal failure” of the Trump administration’s response to the COVID-19 pandemic, even though he said it meant Redfield likely would be fired.

Former CDC Director William Foege sent a private letter to Redfield in September, first made public by USA Today. He wrote the Trump administration’s response will go down as “a colossal failure of the public health system in our country,” in part by failing to put CDC in charge and blaming the agency and states when things went wrong.

In an interview with ABC News, Foege said he didn’t intend for the letter to become public and he wrote to Redfield to apologize that it’s been released, but said he hopes it shows the administration how frustrated the public health community is and encourages the White House to put the experts back in charge of the pandemic response.

“I hope that, perhaps, it gives CDC some cover. If the White House sees that this is really the way the public health community feels that we do feel that they violated everything we believe him by trying to run this on their own,” he said.

In the letter, Foege called on Redfield to go on record about how the Trump administration has hurt CDC’s reputation.

“Don’t shy away from the fact that this has been an unacceptable toll on our country,” Foege wrote.

“It’s is a slaughter and not just a political dispute. You don’t want to be seen, in the future, as forsaking your role as servant to the public in order to become servant to a corrupt president,” he wrote.

Foege is a renowned epidemiologist who led the CDC under both Republican President Ronald Reagan and Democratic President Jimmy Carter. He’s credited with leading the strategy that led to the successful eradication of smallpox in the 1970s. He told ABC News his frustration with the response has been building for a while but he sent the letter because he realized the White House cornonavirus response task force wasn’t going to change course.

Public health experts outside the administration have raised serious concerns about the impact political meddling has had on the pandemic response, especially as it undercuts CDC’s credibility, and they’ve criticized Redfield for not doing more to protect scientists and professionals at the agency from having their work undermined.

Five former CDC directors, not including Foege, have said the Trump administration’s response to the pandemic has been plagued by mixed messaging and failing to make decisions driven by the science of what would stop the virus and save the most lives.

Officials appointed by the Trump administration reportedly weighed in on scientific reports detailing patterns in COVID-19 cases and slowed or influenced the publication of guidance put our for public consumption.

Earlier in the pandemic response CDC guidance on reopening schools and businesses was delayed amid reports more detailed CDC recommendations were shelved by the White House in favor of weaker language.

HHS Assistant Secretary of Public Affairs Michael Caputo, who has since taken leave from his position, accused government scientists of “sedition” and working to undermine the president even if it hurt the American public in a rant posted to social media. Redfield said he was “deeply saddened” by those false comments and that CDC’s dedicated professionals are working 24/7 on the pandemic response.

The president has also publicly undermined Redfield on the importance of masks, which public health experts in the administration say is the strongest tool to prevent COVID-19 infection, and the potential timeline when vaccines will be available.

Redfield stood by his comments that a vaccine likely won’t be available to most Americans until well into next year but generally has declined to comment on political pushback from the president.

The CDC declined to comment in response to the letter and Foege said he has not received any response.

“Every decision the CDC has made under the Trump Administration has been data-driven to save lives, and this dishonest narrative that the media and Democrats have created that politics is influencing decisions is not only false but is a danger to the American public. All Americans should be informed of best practices to prevent the spread of COVID-19 by the Nation’s most trusted health protection agency and those recommendations should be made based on clear, proven data,” he said in a statement.

Foege said he doesn’t want Redfield to resign, but that he wants him to stand up for the truth and accept the consequences.

“I think Dr. Redfield is a very good person and I think he has the intent of doing the right thing. And what person after person has shown, they can not stand up to President Trump. And all of these senators and Congress people who can’t stand up to them, you can see how people fall into the trap,” he said.

“But the problem with that trap is you quickly go from being a public servant to be in a private servant. And that’s not the way to attack this problem.”

Black Friday 2020: Tips on the best deals to look out for
Michael Jordan donates $2M of proceeds from “The Last Dance” to food banks
Progressives worry about lobbying, corporate ties in Biden administration
Coronavirus live updates: US reports over 110,000 new cases on Thanksgiving
George Floyd’s brothers on the fight for justice, remembering him on Thanksgiving
Trump-Biden transition updates: Trump says he’ll leave WH if Biden inaugurated