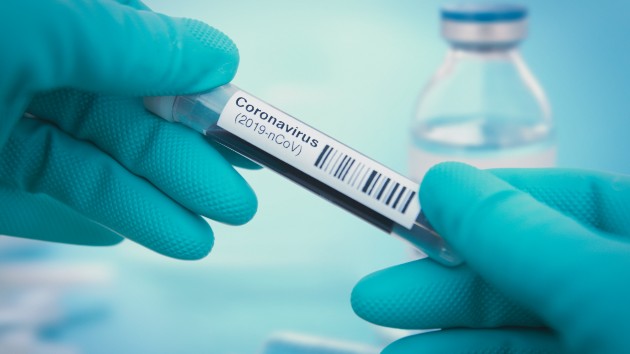 Over 35.8 million people across the globe have been diagnosed with COVID-19, the disease caused by the new respiratory virus, according to data compiled by the Center for Systems Science and Engineering at Johns Hopkins University. The criteria for diagnosis — through clinical means or a lab test — has varied from country-to-country. Still, the actual numbers are believed to be much higher due to testing shortages, many unreported cases and suspicions that some national governments are hiding or downplaying the scope of their outbreaks.

The United States is the worst-affected country, with more than 7.5 million diagnosed cases and at least 210,909 deaths.

California has the most cases of any U.S. state, with more than 838,000 people diagnosed, according to Johns Hopkins data. California is followed by Texas and Florida, with over 798,000 cases and over 720,000 cases, respectively.

Oct 07, 6:17 am
Cases rising in Czech Republic at fastest rate in Europe

The Czech Republic identified 4,457 new cases of COVID-19 on Tuesday, its highest single-day rise yet.

It’s the first time the central European nation has registered more than 4,000 new cases in one day.

An additional 13 coronavirus-related deaths were also recorded Tuesday. The cumulative total now stands at 90,022 confirmed cases with 794 deaths, according to the latest data from the Czech health ministry.

More than 40,000 cases were active Tuesday, including 1,387 patients who remained hospitalized for COVID-19, while nearly 49,000 have recovered from the disease, according to the health ministry data.

The Czech Republic now has the highest rate of COVID-19 infection in Europe. Over the last past weeks, the country of 10.7 million people has reported 346.1 cases per 100,000, surpassing Spain for the first time, which has seen 305 cases per 100,000, according to data published Tuesday by the European Center for Disease Prevention and Control.

Earlier this week, the Czech government declared another state of emergency due to the rapid increase in infections, with strident restrictions ranging from limitations on public gatherings to closures for some schools. Officials had relaxed almost all coronavirus-related restrictions over the summer.

An ABC News analysis of COVID-19 trends across all 50 U.S. states as well as Washington, D.C. and Puerto Rico found there were increases in newly confirmed cases over the past two weeks in 32 states plus Puerto Rico.

There were 43,563 new cases of COVID-19 identified in the United States on Tuesday, driving the country’s cumulative total past 7.5 million, according to a real-time count kept by Johns Hopkins University.

The latest daily tally is far less than the country’s record set on July 16, when there were 77,255 new cases in a 24-hour-reporting period.

An additional 705 coronavirus-related fatalities were also recorded Tuesday, down from a peak of 2,666 new fatalities reported on April 17.

A total of 7,501,816 people in the United States have been diagnosed with COVID-19 since the pandemic began, and at least 210,909 of them have died, according to Johns Hopkins. The cases include people from all 50 U.S. states, Washington, D.C. and other U.S. territories as well as repatriated citizens.

An internal memo from the Federal Emergency Management Agency obtained by ABC News on Tuesday night shows that the number of new cases recorded in the United States as well as the number of new deaths are both down in week-over-week comparisons.