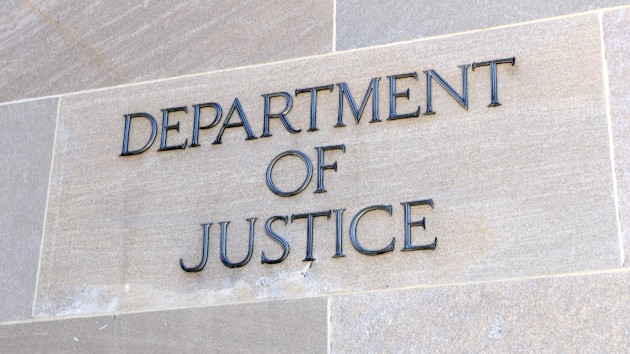 (WASHINGTON) — Former Elle columnist E. Jean Carroll is fighting the Justice Department’s attempt to substitute for President Donald Trump as the defendant in her defamation lawsuit.

In a court filing Monday night, Carroll’s attorney, Roberta Kaplan, argued that Trump is not covered by the Federal Tort Claims Act, which assumes liability for the wrongful acts of government employees.

Carroll, who served as an advice columnist at Elle magazine for more than 20 years, has accused Trump — who has denied ever meeting her — of raping her in the 1990s. She is suing him for defamation, arguing he damaged her reputation and career by denying her story and claiming she took money from political opponents to fabricate it.

Last month, the Justice Department argued that Trump was “acting within the scope of his office” at the time he made those statements, and asked the court to substitute the United States for Trump as the defendant in the lawsuit.

Monday’s filing argues that Trump isn’t entitled to be represented by the government.

“There is not a single person in the United States — not the President and not anyone else — whose job description includes slandering women they sexually assaulted,” the filing said.

Carroll’s lawsuit was on the verge of the evidentiary stage before the Justice Department intervened and moved the case into federal court. A state court had rejected the president’s argument that he’s immune from Carroll’s accusations, clearing the way for him to sit for a deposition.

“There is no merit to the Justice Department’s certification that Trump acted within the scope of his employment as President in defaming Carroll,” Monday’s filing said.

In a June 2019 interview with The Hill, the president said Carroll was “totally lying” about her accusation, adding, “I’ll say it with great respect: No. 1, she’s not my type. No. 2, it never happened. It never happened, OK?”

Carroll’s lawsuit asserts this statement, as well as two others made during the same time period, were false and defamatory.

“Trump acted for decidedly personal reasons unrelated to furthering any interests of the United States. Moreover, it is inconceivable that Trump’s employers — a.k.a., the American people — expect his job to include viciously defaming a woman he sexually assaulted,” Monday’s filing said.