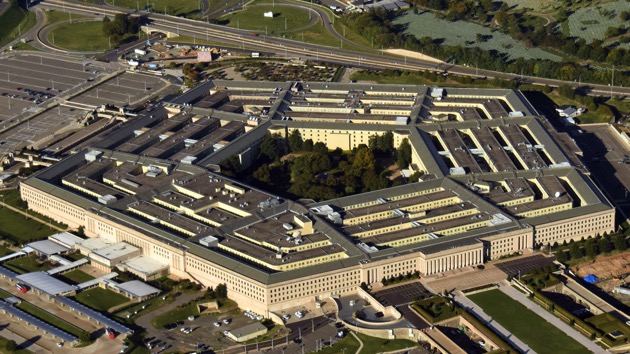 (WASHINGTON) — All members of the Joint Chiefs of Staff are quarantining at home after the vice commandant of the U.S. Coast Guard tested positive for COVID-19, according to two U.S. officials.

The decision that the nation’s senior military leaders should quarantine was made after they were advised late Monday night that Adm. Charles Ray, whom some had met with personally last week, had tested positive for the virus, said a U.S. official.

The senior officers quarantining at home include Gen. Mark Milley, the chairman of the Joint Chiefs of Staff, and the other senior generals and admirals in charge of the Army, Navy, Air Force, Marine Corps, National Guard and the Space Force.

A U.S. official said this is being done as a precautionary move after Ray participated in a meeting with some of the Joint Chiefs at the Pentagon last Friday.

“We are aware that Vice Commandant Ray has tested positive for COVID-19 and that he was at the Pentagon last week for meetings with other senior military leaders,” said Jonathan Hoffman, the Pentagon’s chief spokesman in a statement. “Some meeting attendees included other service chiefs. We are conducting additional contact tracing and taking appropriate precautions to protect the force and the mission.”

“Out of an abundance of caution, all potential close contacts from these meetings are self-quarantining and have been tested this morning,” Hoffman added. “No Pentagon contacts have exhibited symptoms and we have no additional positive tests to report at this time.”

Hoffman also said that there’s no change to the operational readiness or capabilities of the U.S. Armed Forces and that the senior military leaders are able to perform their duties from an “alternative work location.”

“DoD has been following CDC guidelines since April with respect to temperature testing, social distancing and the wearing of masks to the greatest extent when social distancing is not possible and will continue to do so,” said Hoffman.

Ken Jennings, Mayim Bialik to host ‘Jeopardy!’ for remainder of 2021
After testifying on sexual abuse, Aly Raisman says she hopes ‘somebody listens to us’
Nicholas slams Gulf Coast with dangerous flooding: Latest forecast
Where is Dulce Maria Alavez? Age-progression photo released two years after her disappearance
Fence goes up around US Capitol, as law enforcement braces for Sept. 18 protest
Biden has ‘great confidence’ in Milley after secret actions in Trump’s final months