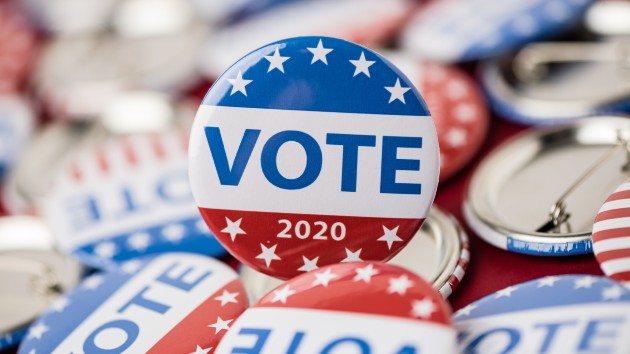 (WASHINGTON) — The Democratic National Committee is trying to reach Black voters in battleground states with a new six-figure ad buy in Black publications, with less than a month left before Election Day.

The new ads reference the triple threat of the COVID-19 pandemic, the economy and national uprising focused on civil rights. They will run in Ohio, Florida, Pennsylvania, North Carolina, Minnesota, Michigan, Georgia and Wisconsin, all critical battleground states Democrats hope to win in November.

If Joe Biden wins Georgia in November, he will become the first Democratic presidential candidate to win the state since former President Bill Clinton in 1992.

On Monday, the former vice president made a stop in Miami’s Little Haiti, pitching himself to the Hatitian community in South Florida. Biden told voters, “As you all know, and quite frankly if we win Florida, you’ve won. You flat won.”

Every presidential candidate that has won the Sunshine State since 1960 has won the election — the only exceptions are Bill Clinton in 1992 and John F. Kennedy in 1960.

On Black radio stations in the eight critical states, listeners will hear an ad that says, “We are in the midst of a global pandemic, an economic collapse and a reckoning on civil rights, we need leaders with a plan to protect and expand our access to health care, invest in our community and fight for equal justice under the law to make that happen we all have to make a plan to vote.”

And in Black papers, readers will see an ad that says, “Our lives are on the ballot. Make a plan to vote.”

Democratic National Committee Chair Tom Perez said in a statement, “Democrats are meeting Black voters where they are and making critical investments to ensure Americans have the information they need to make their plan to vote.”

He added, “We are committed to making sure voters have the tools and information they need to make their voices heard at the ballot box, exercise their fundamental right to participate in our democracy, and elect leaders like Joe Biden and Kamala Harris who will get our country back on track.”

The new ads are made to direct voters to the DNC’s newly updated hub, Iwillvote.com, where they can register to vote, check their voter registration and makes plans on how to vote.