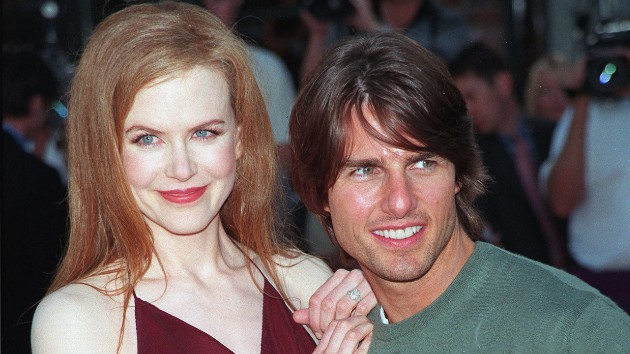 (NEW YORK) — Nicole Kidman is opening up about her past relationship with Tom Cruise.

Speaking to the New York Times recently, the 53-year-old actress detailed her past experience shooting a movie with her then-husband.

The two starred in 1999’s Eyes Wide Shut, but it was how they spent their time between shooting is what Kidman remembers most fondly.

“We were happily married through that,” explained the Undoing star. “We would go go-kart racing after [intense] scenes. We’d rent out a place and go racing at three in the morning.”

Kidman noted that filming a psychological drama can be emotionally taxing and fully credited director Stanley Kubrick for going above and beyond to ensure she and Cruise were comfortable and happy.

“We had two kids and were living in a trailer on the lot primarily, making spaghetti because Stanley liked to eat with us sometimes,” Kidman smiled. “We were working with the greatest filmmaker and learning about our lives and enjoying our lives on set. We would say, ‘When is it going to end?"”

That’s why when their three month contract “turned into a year, a year and a half,” Kidman says that she and Cruise surrendered to having “an incredible time” and “loved” working with Kubrick.

Kidman also praised the director for opening her up to the idea of doing nude scenes, explaining that she dreaded the idea because she agonized over the possibility of “me standing there nude and everyone laughing at me.”

To help the Australian actress overcome her anxiety, Kubrick amended her contract so that he “would show me the scenes with the nudity before they made it into the film. Then I could feel completely safe.”

Allyson Felix qualifies for fifth Olympics, celebrates with her 2-year-old daughter on the track
5 hospitalized after tornado rips through Chicago suburb: ‘Like a bomb went off’
‘The Hitman’s Wife’s Bodyguard’ overtakes ‘A Quiet Place Part II’ with $11.7 million debut
‘Summer Black Friday’ is here. Here’s how to shop like a pro
Amazon Prime Day 2021 starts today: What to know
Farmworkers especially vulnerable as dangerous heat wave scorches wide swath of US