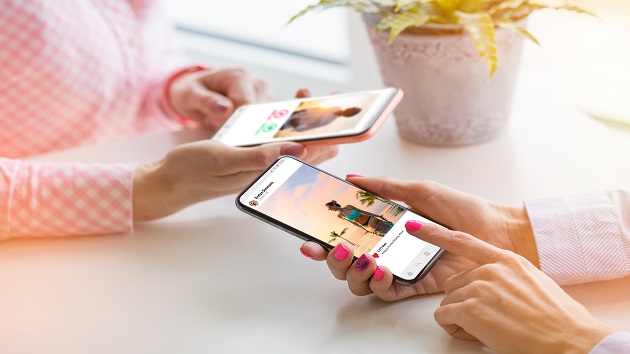 Sarah Frier is the author of “No Filter: The Inside Story of Instagram.” She says Instagram’s growth over the last decade, especially after it was aquired by Facebook for $1 billion in 2012, is widespread and easy to see.

One of the most prominent Instagram features is its photo-editing tools: namely, its selection of colorful filters. Frier says the customization that Instagram affords its users has produced millions of eye-catching photos. But its also had an impact on the way we behave.

“It gave us permission to perform a little bit on the internet, and polish what we had been through for the consumption of others,” says Frier.

She says the app has even influenced what we eat, and where we travel.

“We started seeking out different experiences- going to restaurants where we cared more about what the food looked like than what it tasted like, taking vacations to places that were ‘Instagrammable."”

But those changes in behavior haven’t always painted a pretty picture.

“It has had a profound effect on the mental health of young people,” says Frier. “It has essentially trained us all to have this Facebook-like mindset, that bigger numbers [are] better.”

This week Instagram is rolling out tools designed to combat abusive comments on the platform, including a system that warns users who may be about to post an aggressive comment.

Another facet of Instagram’s influence has to do with businesses. The company launched a slate of tools in 2016 which allowed companies to set up dedicated profiles and create ads. Frier says it has now become virtually indispensible for business to be on the platform.

“Literally anything that’s visual, you will need to have a presence on Instagram, or at least a reverence for the kinds of content that Instagram rewards.”

According to Frier, that push for more companies to do business on Instagram is part of Facebook’s larger efforts to grow in the online retail space.

And that gives social media fans a clue into Facebook’s plans for Instagram in the coming years.

“This tool that started out as this creative place for opening windows into other people’s lives is going to become a little bit more like a mall. And one that is more overtly owned by Facebook.”