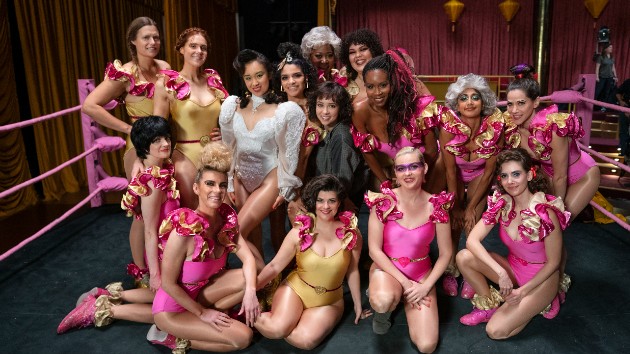 (LOS ANGELES) — Netflix announced Monday that it is cancelling its popular wrestling series GLOW due to the ongoing COVID-19 pandemic.

The series had been picked up for a fourth and final season, but will not proceed as planned. Set in the 80s, the show followed a group of female wrestlers and starred Alison Brie and Betty Gilpin.

Prior to production wrapping due to the pandemic, the season had just started filming its second episode.

“We’ve made the difficult decision not to do a fourth season of GLOW due to COVID, which makes shooting this physically intimate show with its large ensemble cast especially challenging,” Netflix said in a statement to Deadline.

Following the news, Alison Brie posted a cast photo to her Instagram, writing, “Going to miss this… Forever grateful to my GLOW family for changing my life forever.”

Other cast members including Marc Maron, Britt Baron, Rich Sommer, and Rebekka Johnson also shared their reactions to the cancellation.

COVID-19 nurse at full hospital explains what caring for patients is like
Coronavirus live updates: US reports over 200,000 new cases for second time since pandemic started
CDC shortening recommended COVID-19 quarantine period from 14 to 7-10 days
TikTok mom fires back at comments criticizing how she feeds her baby
In shift from stalemate, Pelosi, Schumer back bipartisan $908B pandemic relief proposal
‘You need to assume you became infected’ at Thanksgiving: White House task force warning