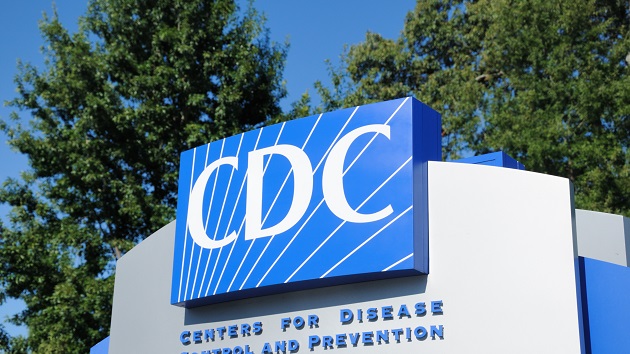 (ATLANTA) — The Centers for Disease Control and Prevention mobilized a large team of experts to Washington to trace the explosion of novel coronavirus cases at the White House, two people familiar with the effort told ABC News, but it appears the team has remained unused several days after the president’s positive test and as confirmed cases among White House staff and contacts continued to climb.

The lack of extensive involvement by the CDC in contact tracing raises serious questions about whether the effort to “contact trace” the contagious virus among White House staff could be effective, or if staff members will unknowingly infect others.

CDC guidelines recommend tracing a confirmed case as soon as possible because a single infected person can begin to spread COVID-19 two days before the person has any symptoms or tests positive.

According to one person familiar with the effort, the agency mobilized some two dozen employees to help with contact tracing with some of the team in Washington on standby while others were en route. But as of Tuesday morning were still waiting to be asked by the White House for assistance.

“Everything is always about being invited … can’t do anything until you are invited,” the person told ABC News on condition of anonymity because the person was not authorized to speak publicly.

A second person, who also discussed the CDC operation on condition of anonymity, confirmed that a team had been mobilized on the White House’s behalf.

The CDC declined repeated requests for information. The New York Times reported Monday that the White House had cut the CDC out of its limited process for tracking those potentially infected.

A CDC epidemiologist has been detailed to the White House since March and leads the effort, so any suggestion that the CDC is not involved is false, Deere said.

Several people close to the president or other staffers who tested positive reporting that they have yet to be contacted by anyone and asked about contact tracing.

Michael Shear, a journalist with The New York Times, said he has tested positive since traveling aboard Air Force One with the president, who did not wear a mask. Shear told CNN that he hadn’t been contacted.

“Nobody from the White House has said ‘boo,’” he said Monday.

Former New Jersey Gov. Chris Christie also said as of Friday that he hadn’t been given any direction from the president’s team on contact tracing. By Saturday, he announced that he had tested positive. Christie had been with the president for debate prep in Cleveland last week and at the Rose Garden event where Trump named Judge Amy Coney Barrett as his pick for the Supreme Court.

Ohio Gov. Mike DeWine, who attended last week’s presidential debate in his home state, told CNN on Sunday that he hadn’t been contacted by tracers either.

The deployment of CDC personnel to Washington comes as a White House valet was confirmed positive, bringing to at least 20 the total of people near or around the president now infected with the virus.

Also on Tuesday, a U.S. official confirmed to ABC News that all the members of the Joint Chiefs of Staff are quarantining at home after a positive COVID test for Adm. Charles Ray, the Vice Commandant of the US Coast Guard. Ray was at the White House as recently as Sunday Sep 27, during that Gold Star Families event.

John Cohen, a former senior official at the Department of Homeland Secretary and ABC News contributor, said the issue of contact tracing at the White House is pressing because the nation’s leadership has essentially been exposed to a potentially dangerous biological substance and it needs to be contained so that the government can remain operational.

“Failing to conduct that contact tracing would be irresponsible and highly problematic from a national security perspective,” Cohen said.

Several local lawmakers representing Washington and the city’s Maryland and Virginia suburbs on Tuesday demanded that the White House share more information about the coronavirus outbreak at 1600 Pennsylvania Avenue.

“Daily announcements of new infections among the political, press, and custodial staff show that the coronavirus outbreak at the White House is out of control,” the House Democrats wrote in a statement.

The CDC recommends contacting close contacts of any confirmed COVID-19 patient. A close contact is anyone within 6-feet of an infected person for at least 15 minutes. Even if a person isn’t showing symptoms, they should self-quarantine for 14 days after their last exposure.

Building trust and a supportive atmosphere are crucial, the CDC says.

Fauci said Tuesday that the virus doesn’t care “who you are” and wearing a mask, socially distancing and washing your hands is right now the only way to prevent the spread.