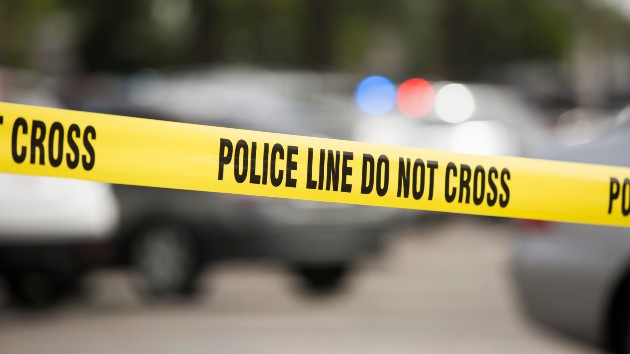 (NEW YORK) — A 17-year-old teenager in Maryland has been arrested almost 500 miles away after allegedly killing his 5-year-old half-sister and fleeing to Ohio.

The victim, later identified as Anaya Jannah Abdul, was determined to have died due to multiple sharp force injuries and her death was ruled a homicide following an autopsy.

Evidence recovered at the scene of the crime revealed that her half-brother, 17-year-old Stephen Jarrod Davis, was the prime suspect in the homicide and authorities were able to secure an arrest warrant to charge him as an adult with the first degree murder of his 5-year-old half-sister.

“On October 3rd at approximately 11:30 a.m., detectives, with the assistance of Ohio police agencies, were able to locate Davis in the Springfield, Ohio area,” said Anne Arundel County’s Police Department in a statement. “Davis was arrested by Ohio authorities and is currently awaiting extradition back to Maryland. There were no additional criminal charges placed in Ohio.”

The Anne Arundel County Police Crisis Intervention Team is now working with the responding officers and the victim’s family to provide resources.

The motives for the murder are currently unknown and an investigation into the circumstances surrounding the killing is ongoing.

President Trump pardons Michael Flynn, who pleaded guilty to lying to FBI
Man run over, killed by three separate hit-and-run drivers who all fled the scene
Amber Riley is engaged: “I’m looking at a man who changed my mind” about “love”
Boy, 11, arrested after multiple fires set at neighborhood home with people inside
Suspect arrested, charged with murder for Sonic Drive-In shooting that killed two, injured two
Man, 92, dies of blunt force trauma in motel room, caretaker of 20 years arrested