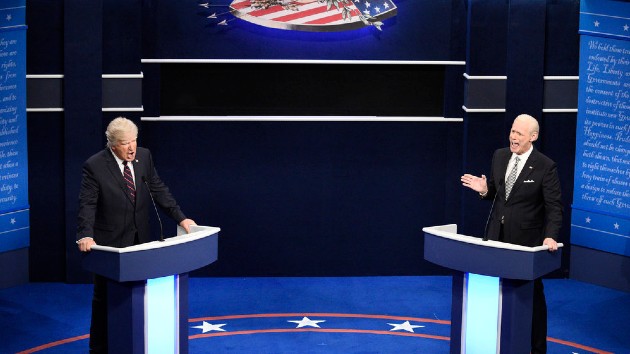 After receiving criticism for poking fun at the president while he’s in the hospital with COVID-19, Baldwin says he does not believe SNL was out of line.

“If there was ever the suggestion that Trump was truly, gravely ill, and people said, ‘Trump is really in trouble,’ then I would bet you everything I have that we wouldn’t even get near that, in terms of content of the show,” Baldwin shared in the nearly 15-minute long video, which is soundtracked by classical music.

“They would have done something else. I’ve seen that happen before.”

However, he continued, “We only have the words of the White House itself and the people who work there themselves to go on, and all of them have all been saying he isn’t in any danger…And if their word was that he was in serious trouble, then we probably wouldn’t have done it.”

Baldwin adds that the SNL sketch focused mainly on the debate.

“We thought the debate was something topical, and we didn’t have anything with him in a hospital bed, but we had the debate,” Baldwin said. “You’d have to have a very good reason to avoid that, topicality-wise, and nobody thought that they were mocking somebody’s illness by doing that.”

On Monday, Trump revealed he would be leaving Walter Reed Medical Center later in the day.