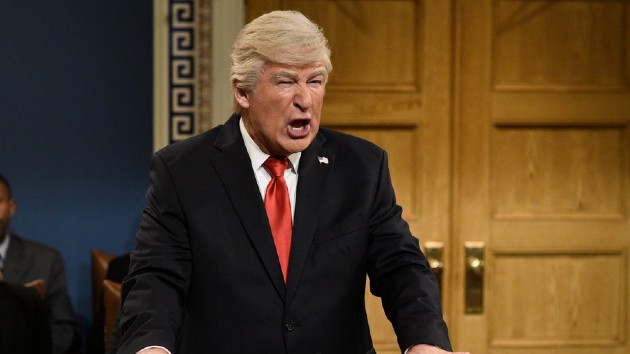 Alec Baldwin is returning as President Donald Trump this season and, as previously reported, Jim Carrey will be taking over the role of Democratic candidate Joe Biden from previous portrayers Jason Sudeikis and Woody Harrelson.

“I laughed pretty loud when Jason would play Biden,” the Match Game host tells ABC Audio. “But, you know, Jim’s funny. So far as I’m concerned, that’s a good fit.”

As for whether he’ll be able to retire the role of Trump come November, Baldwin — who has long made his feelings about Trump known — says he’s hoping that’s the case.

“That job changes people,” he says of the presidency. “There’s only one person in the history of the White House who has not been changed by the job. This individual remains as narrow-minded and as hateful and as divisive now as he was when he started…That to me is such a damning thing to say. And based on that alone, I hope he’s gone. I pray to God he’s gone.”