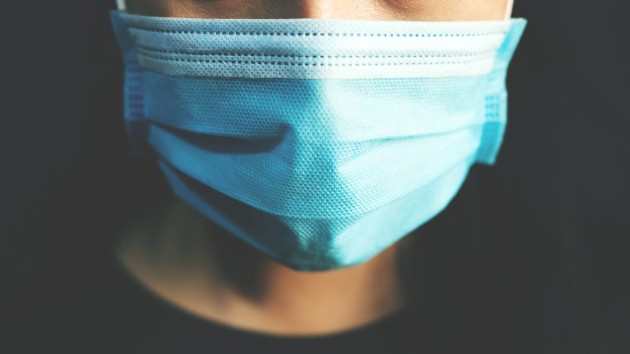 (NEW YORK) — Conflicting messages from public health authorities have fueled a great deal of confusion over COVID-19, particularly regarding its transmission.

The terms “aerosol,” “airborne” and “droplet” have made the rounds in attempts to explain how the novel coronavirus may spread, but without sufficient explanations of what they mean.

Here’s what you need to know:

Aerosol is a catch-all term for any solid or liquid particle so tiny and lightweight it can become suspended in air and float. Smoke and dust are examples. Some viruses can become aerosols, making airborne transmission possible.

Airborne is when a droplet containing a virus is small enough to float in the air, and airborne transmission occurs when that infectious particle is inhaled by someone else. An example would be catching a cold from someone across the room who sneezes, with those particles making their way into your body and infecting you.

Droplets are large mucus or saliva particles heavier than air that fall toward the ground as soon as they’re expelled, and droplet transmission typically occurs when a droplet containing a virus comes in contact with another person’s eyes, nose or mouth. An example might be a loud-talking person whose droplets make contact with your face.

Viruses travel much farther when airborne compared with when they’re contained in droplets.

How does this relate to COVID-19?

COVID-19 originally was thought to be spread only by droplet transmission — 6-foot social distancing guidelines were based on research that showed droplet transmission occurred most easily at such short distances. Scientists still believe this is the primary way coronavirus spreads person to person.

But more evidence is mounting that the virus could become an aerosol, leading to airborne spread. Although many scientists now believe airborne transmission is possible, many agree the majority of infections happen when people are crowded close together, exchanging the heavier droplets.

For many scientists, the CDC’s confusing, disjointed stance on airborne transmission has been discouraging. The scientific community decried the mixed messaging, emphasizing the need for clear, unified public information.

“We need more clear guidance … people out there are wanting it,” said William Schaffner M.D., a professor of preventive medicine and infectious disease at Vanderbilt University Medical Center.

With clearer guidance from the CDC, Schaffner said, businesses operating indoor spaces can better prepare themselves by taking precautions, like adding new ventilation systems and limiting crowds, to defend against possible transmission.