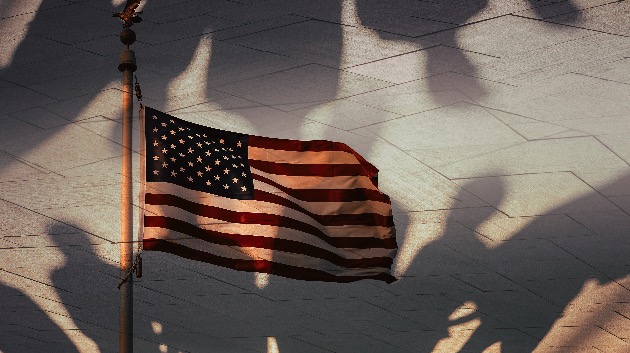 (WASHINGTON) — The Trump administration is cutting the number of refugees the U.S. will admit in Fiscal Year 2021 to a historic low number — 15,000.

That’s 3,000 fewer refugees than the ceiling the administration set last year, although it has admitted even fewer than that. As of last Friday, 10,892 refugees were admitted in the last year, the lowest number in the program’s 40-year history.

The State Department announced its proposal late Wednesday night, minutes before the end of the fiscal year — the deadline for the administration to fulfill its legal obligation to consult Congress on the cap and set a new one.

While FY 2021 started at midnight, President Donald Trump has not yet signed a new executive order on admissions and officially set a new cap, so all refugees that were already approved for processing will now be left in limbo overseas.

“It seems that this is not on anybody’s priority list right now. We see families that are staying separated, so it’s hurting people, it’s keeping families separated, and we’re not seeing any action on it, and there is no penalty” for the administration, said Chris Palusky, president and CEO of Bethany Christian Services, which resettles refugees in the U.S.

The administration said the new historically low number of refugees allows it to focus “on ending conflicts that drive displacement in the first place” and caring for refugees “as close to their homes as possible.” It also said that the backlog of asylum cases remains too high and that the COVID-19 pandemic has slowed admissions.

Refugee advocates have challenged that first point, but the administration has made clear for four years now that it would rather keep refugees overseas than increase legal immigration to the U.S.

Refugee admissions were paused initially during the pandemic, but as of July 29, the administration resumed them with even more health screenings. Refugees are screened before departing for the U.S., when they arrive and during a two-week quarantine period, according to Palusky.

This week, two of Trump’s former senior Department of Homeland Security officials have also charged that the president and his top advisers simply want to bar refugees, regardless of the backlog of asylum cases.

“The administration’s approach to refugees was not based on security. In fact, it has to do with a larger effort to keep out the stranger, to keep out others from around the globe from coming to the United States,” said Elizabeth Neumann, who worked as Trump’s Assistant Secretary for Counterterrorism and Threat Prevention at DHS.

Former DHS Chief of Staff Miles Taylor tweeted Wednesday, “I can tell you firsthand that the President and top advisors wanted to take the number down to 0—ZERO—refugees admitted into the United States. That is not the America we built. And we can’t allow it to happen.”

The full details of the Trump administration’s proposal are unclear with only a State Department statement released so far.

With refugee admissions halted until he does so, some are concerned that the goal is to leave them suspended indefinitely.

“Let this serve as a wake-up call to those who believe this administration supports avenues of legal immigration. Refugees go through extreme vetting and have done everything our government has asked of them, yet they continue to be met with open hostility and egregious processing delays from this administration,” said Krish O’Mara Vignarajah, president and CEO of Lutheran Immigration and Refugee Service, another resettlement agency.

The administration says its new ceiling will include special carve-outs for refugees from Hong Kong — a first — as well as Cuba and Venezuela. A longstanding special refugee status for Iraqis who work with the U.S. military is included, but there’s no mention of those in Afghanistan. Just 177 Iraqis and Afghans were admitted this year through that program, according to the latest U.S. government data, compared with over 2,000 in the last full fiscal year of the Obama administration.

According to the United Nations Refugee Agency, the world is facing a record number of people — nearly 79.5 million — who have been forced to leave their homes. Among them, nearly 26 million are designated refugees and around half of those are under age 18.

James Van Der Beek captures his kids’ hilarious reaction to watching his cameo in Kesha’s “Blow”
‘Who Wants to be a Millionaire’ is giving back to frontline workers
Election 2020 live updates: Trump, Biden back on campaign trail after debate
‘He shot himself in the foot’: Seniors repelled by Trump’s pandemic response
Senior citizens, key to Trump’s 2016 victory, now far from a sure group for president
Coronavirus live updates: US reports over 70,000 new cases for 1st time since July