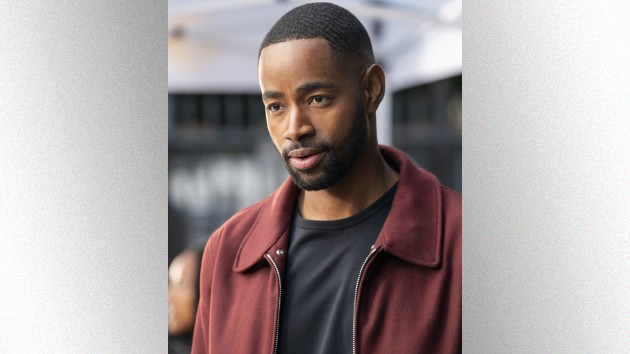 (NEW YORK) — Jay Ellis says he had no clue how season four of Insecure was going to end.

Like many fans who shared their surprise online, Ellis tells ABC Audio that he, too, was blindsided when he learned that his character, Lawrence, was going become a father right as he was getting back together with his estranged girlfriend — played by Issa Rae.

“I was just as shocked as everybody else, to be honest with you,” Ellis says. “I remember when we read it in the table read and I just screamed, ‘Dios mio!’ I was completely shocked at the end and didn’t see it coming at all whatsoever.”

What Ellis didn’t see coming was that his character had to be the one to break the news to Issa that he had gotten another woman pregnant. With such a bombshell ending, Ellis says he’s “super excited to find out” what will happen in season five.

“We’re just starting to get into our table reads now,” he reveals, noting he’s unsure what will happen to Lawrence. “We’ll pick up shooting at the top next year. But, you know, this show is known to play with your emotions a little bit and really make you think, and have conversations, and argue, and find different points of view. And I think that’s one of the fun things that that finale did.”

While Ellis is more than ready to get back on set as Lawrence, he’s admits he’s interested in going behind the camera as well.

“I would love to direct another episode,” Ellis says. “[But,] COVID kind of changes everything. Protocols are changed… and schedules… I don’t know how it’s all going to work out next season.”

“[But,] if Issa and Prentice [Penny] will have me back… I’d be happy to do another episode for sure,” he adds.