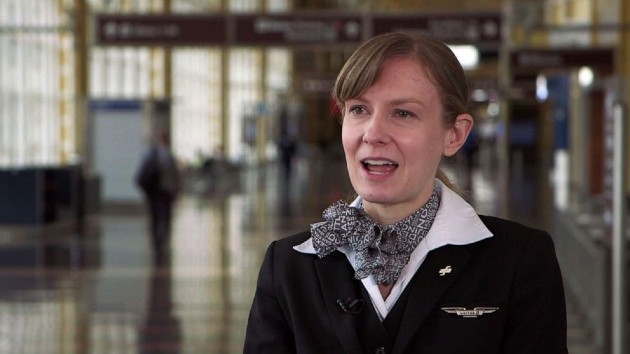 (NEW YORK) — Annette Hala has worked as a flight attendant for United Airlines for the past seven years. She worked her last flight a week ago.

“I dreamed of being a flight attendant when I was a little girl and my dream came true,” Hala said in an interview with ABC News. “I have my dream job, and I’ve had to ask myself, ‘What do you do when you lose your dream job?"”

Hala is one of the thousands of flight attendants who will be furloughed Thursday as the federal aid airlines received under the Payroll Support Program through the CARES Act is set to expire. In March, airlines received $25 billion with an agreement to accept limits on executive compensation, eliminate stock buybacks and dividends and refrain from laying off employees until the end of September.

“There’s a lot of innocent people whose lives are being held in the balance and we’re all on the precipice right now,” Hala said.

Hala purchased her first home in late February, just weeks before the COVID-19 pandemic ravaged the aviation industry. She said she’s been able to make payments over the summer with the money received from the PSP, but is not sure what will happen if the program is not extended.

“Past Oct. 1, my future feels like a black hole,” Hala said.

‘This is truly unprecedented’

Executives, union leaders and industry stakeholders have banded together to make a plea to Congress to extend the PSP, which would give them $28 billion in additional aid to keep Hala, and the thousands of other airline employees facing furloughs, on their payrolls. But an agreement has yet to be reached.

“This truly is unprecedented,” Nick Calio, CEO of Airlines for America, a lobbying group that represents all major U.S. airlines, said in an interview with ABC News. “Thousands of employees are going to lose their jobs, their health insurance.”

While carriers initially warned of higher furlough numbers, they were able to mitigate that through the workers who opted into “early out” programs or took voluntary leaves.

“Our hope is that Congress will act again,” Calio said. “We power the economy, we can empower recovery.”

In addition to furloughs, the expiration of CARES Act relief also poses a threat to service in smaller communities, because airlines will no longer be barred from cutting off service to an entire market.

“It is a substantial amount of service,” Calio explained. “I can’t give you an exact number, but it will be fairly substantial. Not all will lose all service, but there will be substantial reductions.”

Air travel is down around 70% compared to last year, and experts predict it won’t return to pre-pandemic levels until 2024.

“If the airlines are forced to lay off people, you don’t just flip a switch and bring everybody back. These are highly trained positions,” Hala said. “So once you’re ready to fly somewhere, maybe it will be next spring or next summer, but if this happens now there won’t be an airplane to take you there.”

Calio thinks a vaccine and testing is the way of the future for travel.

United Airlines and JetBlue Airways are the first U.S. airlines to offer optional COVID-19 tests to some of its passengers. Industry stakeholders are urging the U.S. government to agree on a testing protocol with Europe, for example, as a way to safely reopen travel routes that have been cut amid the pandemic.

“We are certainly encouraging what are called niche projects or pilot projects for international travel,” Calio said.

But for Hala and many others, the future of air travel remains uncertain.

“There’s no guarantees in the future that we’ll be able to come back,” Hala said.

Black Friday 2020: Tips on the best deals to look out for
George Floyd’s brothers on the fight for justice, remembering him on Thanksgiving
How to help food banks this Thanksgiving as COVID-19 deepens demand
Anticipating a vaccine, supply chain preps for challenges ahead
Denver mayor offers apology for Thanksgiving travel after urging residents to stay home
Los Angeles officials consider stay-at-home order as coronavirus cases keep climbing