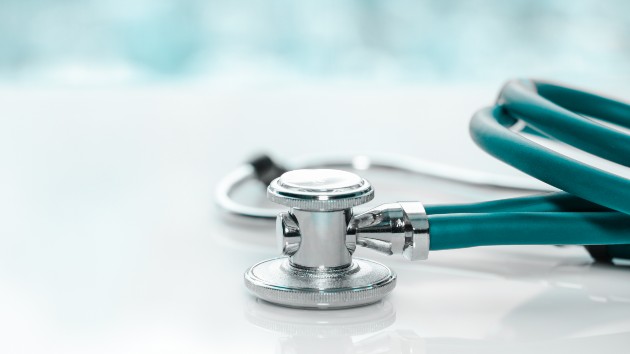 (WASHINGTON) — With unprecedented unemployment in the United States, where health care is inextricably linked to employment, and a coronavirus pandemic ravaging the globe, it’s safe to say that on Nov. 3, health is on the ballot.

Health might be a political football in 2020, but it’s also a deeply personal issue that affects every American voter. Given health’s crucial significance this year, the nonprofit Commonwealth Fund polled 4,220 likely voters in battleground states between Aug. 25 and Sept. 20 on which health care issues mattered most to them, and which candidate — President Donald Trump or former Vice President Joe Biden — they thought would be more likely to address those health concerns.

Here’s what the American public said about which health care issues they care about, in advance of the first presidential debate on Sept. 29:

No one health care issue emerged as most important to battleground voters. Instead, voters were nearly split on two issues: addressing the public health and economic costs of COVID-19 (40%) and protecting health insurance for people with preexisting conditions (39%). In third place was the cost of health insurance, which 20% of voters said was the most important health care issue to them.

With three presidential debates looming, during which Trump and Biden are likely to spar about whose health care and COVID-19 plan is more viable, voters’ opinions could change.

But as it stands, according to the Commonwealth Fund poll, battleground voters think Biden is more likely to address the three health care issues those voters said mattered most to them.

The gap on health issues in favor of Biden was widest among women, people of color, low-income voters and Democrats. The gap between the two candidates, in favor of Biden, was narrow for men and white voters, while Republicans favored Trump on COVID-19-related health and economic issues.

Trump and Biden differ sharply on a number of hot-button health issues, including COVID-19, the future of the Affordable Care Act (ACA) and on abortion.

On COVID-19, the most acute health issue that the nation is currently facing, Trump has emphasized the importance of developing a vaccine and drugs to treat the disease caused by the virus. His Operation Warp Speed has pledged to develop a COVID-19 vaccine and deliver 300 million vaccine doses by January 2021, which would make it the fastest vaccine ever developed by a margin of years. Billions of American dollars have been spent on the project and the jury is still out about whether the OWS timeline is realistic. Experts are skeptical, especially when it comes to distributing a potential vaccine once it’s developed, which could take months.

In addition to a vaccine, Trump has pushed to reopen the economy as quickly as possible, and repeatedly pressured governors to reopen their states faster.

In comparison, Biden’s plan leans heavily on fundamental public health measures. Biden has said that while pursuing an effective vaccine, he would also work with governors to implement mask mandates nationwide, would develop science-based guidelines for reopening and would ramp up COVID-19 testing and tracing. He has also pledged to restore relations with the World Health Organization, which the United States is on track to drop out of in 2021.

When it comes to the Affordable Care Act (known as “Obamacare”), which was passed when Biden was vice president and which Trump has worked throughout his presidency to dismantle, the two candidates are split once again.

Biden has said he’ll expand the ACA, including a public insurance option that will negotiate prices with providers. Trump says his plan is to repeal the legislation and replace it with a new plan. On Twitter, the president addressed the issue, writing “Obamacare will be replaced with a MUCH better, and FAR cheaper, alternative if it is terminated in the Supreme Court. Would be a big WIN for the USA!”

Biden struck back at Trump in a statement, criticizing the president for not presenting his own health care plan.

“Despite repeatedly promising to release a health care proposal, President Trump has never offered a plan of his own,” Biden said in a statement. “Instead, he cheered on attempts by Congressional Republicans to rip health care away from more than 20 million Americans.”

Areas of congruence between the two candidates are drug pricing, which they have both pledged to lower, and an end to the deeply unpopular phenomenon of “surprise medical billing,” which is when patients receive unexpected charges for services they thought were covered by insurance. To this end, Trump signed an executive order Thursday to protect people with pre-existing conditions and end surprise billing, which he called his “American First” health care plan. The executive order does not detail how the administration will ensure those protections and without more details, does not constitute a comprehensive health care plan.

Regardless of who is elected, the issue of health care will come to a head Nov. 10, when the Supreme Court is slated to hear a court case to determine the future of the ACA. California v. Texas, in which Texas seeks to end the ACA, and once considered a weak case even by conservative legal experts, now stands a chance in the wake of Justice Ruth Bader Ginsburg’s death earlier this month. If the health care law is struck down by the Supreme Court, millions of Americans could lose their insurance.

A final health issue on which the two candidates disagree is abortion access for American women.

Although earlier in his career, Biden voted for measures that restricted abortion access for women, in 2020 he has promised to restore funding to Planned Parenthood and to repeal the Hyde Amendment, which bars the use of federal funds to pay for abortions.

Trump, who has described himself as “strongly pro-life” has pledged to defund Planned Parenthood and has worked hard during his first term in office to appoint reliably conservative judges to seats in the court system.

His latest nomination is Judge Amy Coney Barrett, a prospective candidate for Justice Ginsburg’s seat on the Supreme Court. The decision has set the stage for a bitter confirmation battle centered around abortion and other polarizing issues in the weeks leading up to the election. Should Barrett be appointed to the Court, Democrats worry that a conservative majority on the court will usher in sweeping changes to health care, gun and voting rights and abortion.

During her hearing to be confirmed as an appellate judge in 2017, Barrett, a devout Catholic, stood by her past comments about abortion, asserting that abortion is “always immoral,” but if confirmed, she said her “views on this or any other question will have no bearing on the discharge of [her] duties as a judge.”